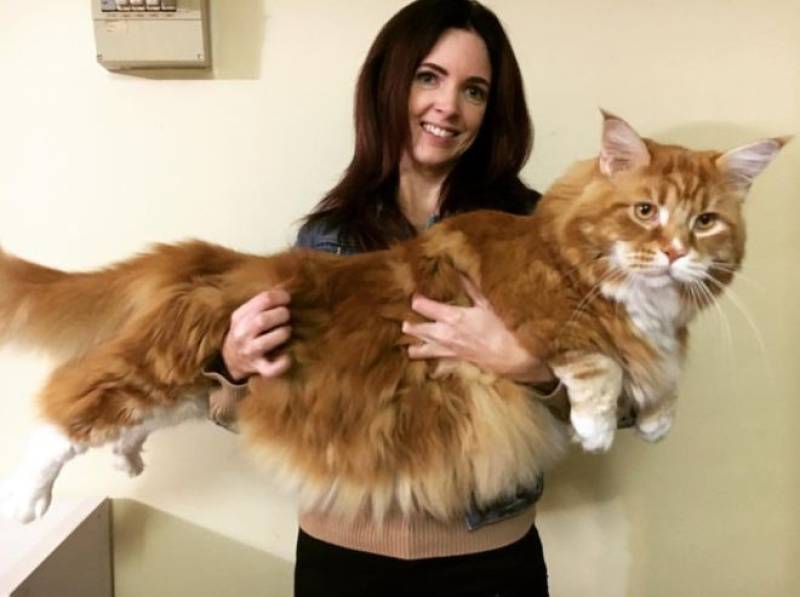 SYDNEY - Omar was the same size as all the other kittens in his litter when he was taken home by his owner Stephy Hirst in 2013.

But now the 120cm (3ft 11in) Maine Coon from Melbourne, Australia, could be the world's longest domestic cat. After the supersized feline found internet fame to match, Ms Hirst said Guinness World Records contacted her to send in his measurements.

The current record-holder is a 118cm (3ft 10.5in) Maine Coon from Wakefield, West Yorkshire. 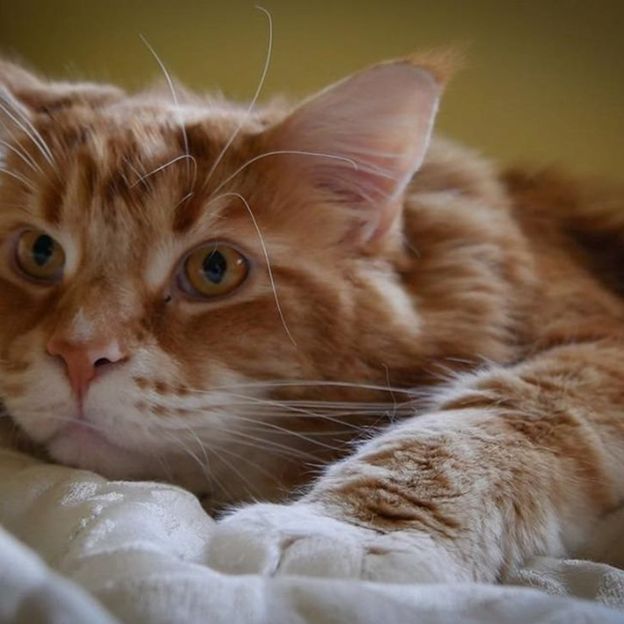 Ms Hirst started a social media account for Omar two weeks ago and one of her photos was shared on the Cats of Instagram account more than 270,000 times.

The typically placid pet has since been featured in major Australian newspapers and on national TV.

"He hasn't really been coping with all the attention," Ms Hirst told the BBC. "He had a little bit of a meltdown this morning."

Omar typically rises at 05:00, eats a couple of scoops of dry cat food for breakfast, lounges around the house, plays in the backyard, naps on the trampoline and eats raw kangaroo meat for dinner.

"We buy human-grade kangaroo meat at the supermarket," Ms Hirst said. "It's the only meat we could find that he actually wants to eat."

The overgrown pet has lots of personality and leaves lots of hair around the house. Weighing in at 14kg (31lb), Omar is too heavy to regularly pick up. Ms Hirst has to use a dog crate to take him to the vet.

"He does take up a bit too much room on the bed so he gets locked out of the bedroom at night," Ms Hirst said. 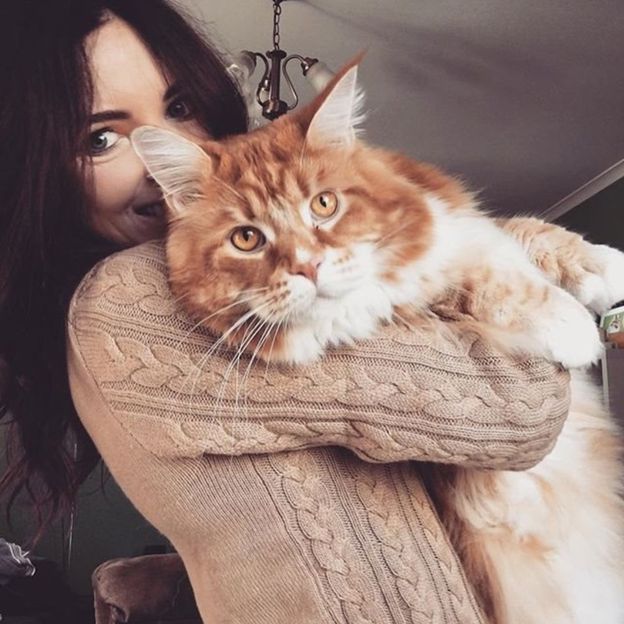 "All of our friends want to come over and see our cat," Ms Hirst said. "They say 'is that Photoshopped?' or 'that can't be real' and then they see him in the flesh."

Once Guinness World Records receives evidence for record attempts, it can take up to 12 weeks for a response.

Guinness representatives in London confirmed they had received an application "from Omar and his family" but Ms Hirst said staking a claim to fame is "not important" to her.

She thinks Omar would prefer to go back to his laid-back lifestyle. "He's just looking forward to napping on the trampoline, chowing down on some more kangaroo and trying to keep us awake at night," she said. "I think he'll be glad to go back to being a normal house cat."