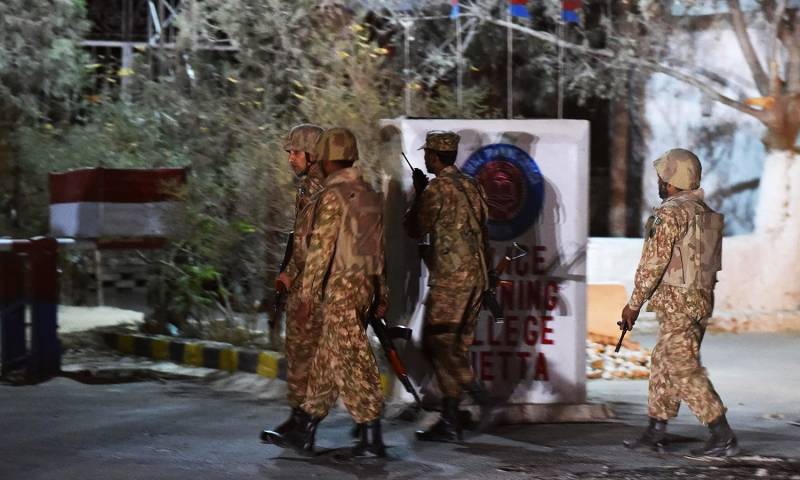 Four Frontier Corps personnel suffered bullet wounds in the exchange of fire during the operation.

Rescue teams have been dispatched to the site of the blast, while security forces personnel have taken position around the area.

Officials did not give any other details and gunshots could still be heard at the time of reporting.

The area where the attack took place is mostly residential, with a few government buildings also located in the vicinity.

Earlier in the day, at least 14 people were injured in a suicide attack on a security forces' convoy on Nowshera's Mall Road.

Resource-rich Balochistan, which borders Afghanistan and Iran, has also been plagued by sectarian violence and a separatist insurgency that has led to thousands of casualties since 2004.

Last December, a bomber targeted a church full of worshipers in Quetta, which left at least seven dead and wounding more than 20 others.