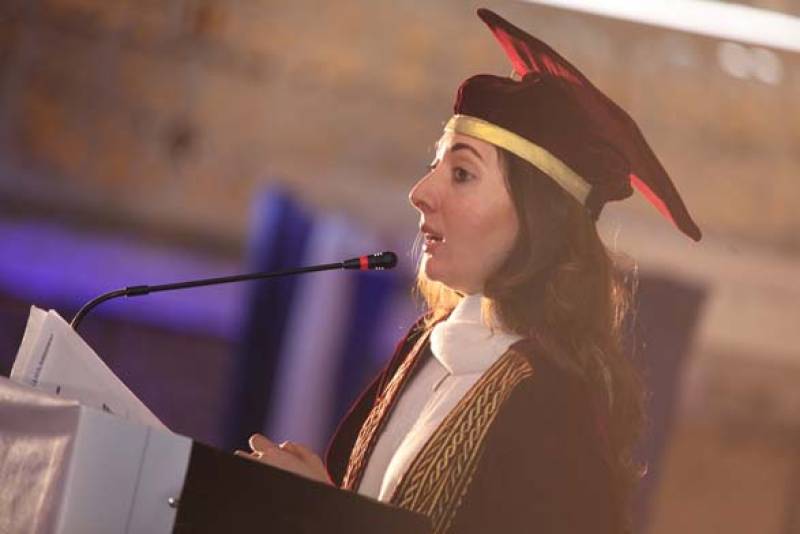 KARACHI - The leader of Pakistan People's Party, Sharmila Farooqi, sailed through the entrance test for PhD Law without physically appearing in the exam.

According to media reports, Sharmila was one of 12 graduates who passed the exam, the results for which were announced by Karachi University, however, interestingly the politician did not turn up in the exams.

Justice (r) Ghaus Muhammad, the dean of Karachi university's Law Department told a leading daily that Sharmila had submitted forms for the test, however, she could not show up in the exam as she was pregnant and was following the instructions of her doctors.

"Farooqi had submitted a medical certificate and an application seeking exemption from physical appearance," told the educationist.

He continued that the Vice Chancellor of Karachi University, Dr Ajmal and head of the admission committee, Ahmad Qadri was informed about the request of the political leader, following which the liberty to take the exam in the hospital was extended.

The educationist claimed that on the occasion four PhD scholars were also present and an oral test using a mobile phone was also conducted to inspect Farooqi, Jang news reported.

The dean of Law department went a mile more and challenged that anyone can knock legal door over the issue, claiming that the entrance test was conducted in line with the standard procedures.

"Sharmila had also passed LLB graduation from jail and there's no restriction in appearing in exams from the hospital," said the teacher.

The clarification came days after scores of lawyers alleged that the PPP leader did not show up in the exams, she passed successfully.

Although the university administration cites medical reasons for the rare incident, lawyers show suspicion over the move, saying there was a method to the madness of the special treatment meted out to the lawmaker.

The lawyers claim that as the Karachi university was undergoing institutional issues due to flawed policies and the varsity officials were against the head of the institution, the university had extended a special offer to the leader of PPP to bag the support of concerned quarters including Higher Education Commission.