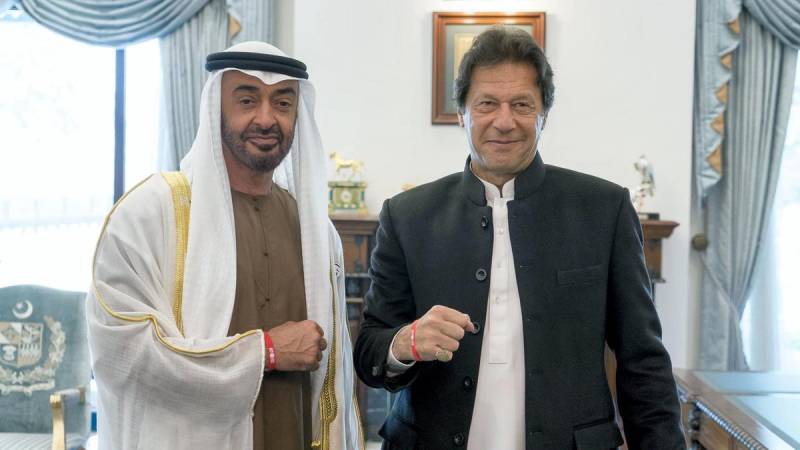 In a statement on Friday, the Prime Minister said Pakistan values this gesture of the UAE government.

“This step of the UAE government will prove helpful in further strengthening the fraternal ties between the two countries,” the statement read.

The UAE government has released 572 Pakistani prisoners as part of an amnesty by President Al Nahyan during the month of Ramazan, Pakistani Foreign Office spokesperson confirmed on Thursday.

During his weekly press briefing in Islamabad, Pakistan Foreign Office spokesperson Dr Mohammad Faisal said: “Subsequent to the order of the president of the UAE to pardon 3,005 prisoners, serving sentences in different jails of the UAE under various categories, the government of the UAE has decided to release 572 Pakistani prisoners,” he said.

“To expedite the release and deportation of prisoners, Pakistan is constantly in touch with the local authorities and “is extending all necessary assistance, including the issuance of outpasses, passports and air tickets, where required,” he added.

Continuing the mission to take care of and facilitate the downtrodden. #PTI govt successful in getting 572 Pakistanis jailed in UAE jails for minor issues. Their families are overjoyed. We thank the authorities of UAE for cooperation. pic.twitter.com/Jg7ZA9GwPw

Under the presidential pardon, around 262 Pakistanis are to be freed from Abu Dhabi and Al Ain prison, 177 from Dubai, 52 from Sharjah, 65 from Ajman and 16 from Fujairah.

Around 2,409 Pakistani nationals are languishing in eight UAE jails, facing imprisonment in different minor and major crimes, according to Pakistan’s community welfare attaches which are tasked to collect data of prisoners and assist in legal guidance.

In January 2018, the Pakistan Prime Minister’s Special Adviser on Overseas Pakistanis Syed Zulfi Bukhari and Major General Abdullah Khalifa Al Merri, Commander in Chief of Dubai Police held a meeting to devise a mechanism for a swift repatriation of prisoners and to form a joint committee to resolve issues faced by Pakistani prisoners in Dubai.

LAHORE – As many as five Pakistani prisoners have reached Lahore Airport after their release from Saudi jails ...