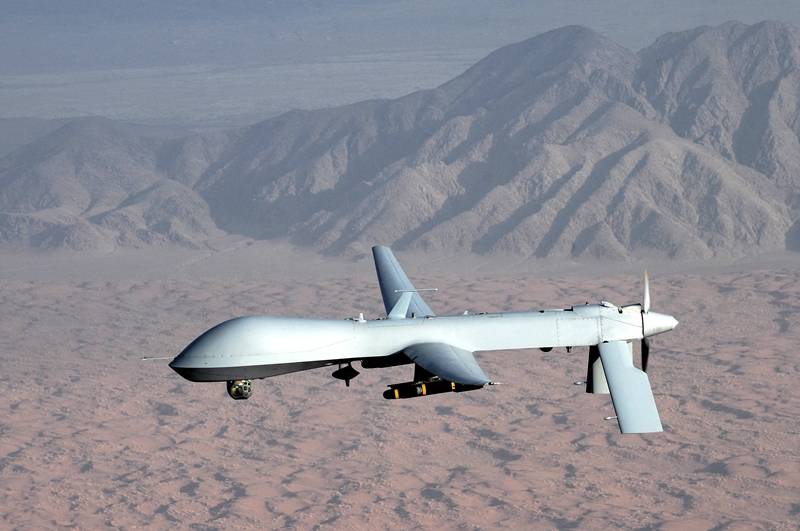 RAWALPINDI - The latest attacks near Pak-Afghan border are a result of joint operations by the US and Afghanistan armed forces, Pakistani military's media wing said on Tuesday, which resulted in huge loss to terrorists in the remote region.

"Military operations are being conducted in Khost and Paktia, Afghanistan by Resolute Support Mission ( RSM)/Afghan Forces, opposite Kurram Agency. During last 24 hours, number of Air engagements have taken place in those areas inside Afghanistan with reports of heavy losses to terrorists," the Inter Services Public Relations (ISPR) said in a statement.

It added that the operations are "a follow up of COAS visit to Afghanistan ", which has enhanced coordination between the forces. "RSM timely shared details about the said operation within Afghan territory."

At least 31 people have been killed and dozen others injured in three drone strikes targeting areas near the Pak-Afghan border in Afghanistan over the last 24 hours.

The ISPR further confirmed that there has been no air violation along Pak-Afghan border in the area nor any drone strike in Kurram Agency.

"Based on timely sharing, Pakistan Army is vigilant as anvil on own side along Pak-Afghan border.

"A better security coordination will take both countries towards enduring peace and stability defeating the common enemy," the statement read.

Asif, while talking to DawnNews, said that since the Pak-Afghan "border is not as well-defined as our eastern border", therefore, no one can be certain about which country was attacked.

Five people were killed earlier today in the fourth drone strike along the Pak-Afghan border near Kurram Agency since Monday, the local political administration had said.

The strike was the third in the day and fourth since the last night. Local sources said drones have been hovering around the area since yesterday.