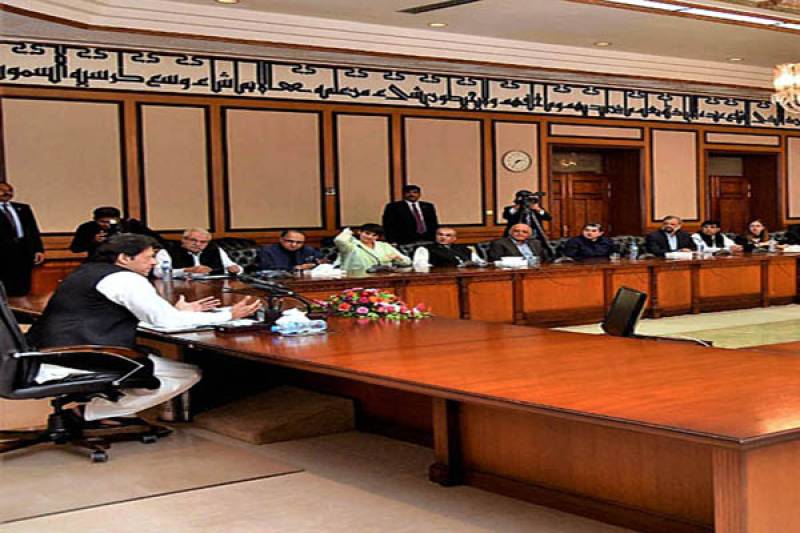 ISLAMABAD - Prime Minister Imran Khan has dispelled the notion that army was involved in his party's success in the July 25 general elections, stating that he came into the power with the support of masses.

The prime minister expressed his view during a meeting with the delegation of All Pakistan Newspapers Society (APNS), headed by Hamid Haroon and comprising senior journalist including Mujib ur Rehman Shami, on Tuesday.

He said that the Pakistan Tehreek-e-Insaf (PTI) had attained this position after a struggle of 22 years, adding it had come to power due to its political efforts and with the support of masses.

“When I entered the politics, my struggle was not against the politicians but mafias. I know which party has evolved in which nursery. The PTI has not grown in any incubation center,” he remarked.

Khan said that no political party in Pakistan’s history had struggled as much as the PTI had. He said Quaid-e-Azam Muhammad Ali Jinnah, who achieved his objective through continued struggle and democratic means, was his ideal in politics.

The prime minister said his political competition was with those who were criminals and calling them democrats was the insult of democracy.

Imran Khan said that due to highlighting the Panama Papers issue, he had to face character assassination and for that purpose women were used.

The prime minister while making a political comparison of provinces said that Khyber Pakhtunkhwa, which was earlier famed for not giving the mandate again to any political party, honored PTI with the two-thirds mandate in 2018 election.

He said as the PTI was a democratic party its government did not make any intervention in the recent bye-elections in Punjab.

Khan said that as media had a pivotal role in promotion of democracy, good governance, ensuring transparency and merit as well as creating awareness among the masses, the government would extend its full support to media in that respect.

He said media had played an important role in conveying the ideology of Pakistan Tehreek-e-Insaf (PTI) to the masses and making it a success. “If media would not have been there, I would not have been here (on this position). We will fully support media,” he remarked.

The APNS delegation felicitated Imran Khan on being elected as the prime minister and apprised him of the problems faced by the newspaper industry.

The prime minister said a strategy was being formulated for the payment of arrears of media, pending since the previous governments, so that the problems of newspaper industry could be resolved.

He said media was the opinion maker of society and it would have to play its role to protect the country. He said those now making tall claims of pro-democrats were actually anti-state elements, adding that those ( so-called democrats) under the garb of democracy had damaged the country more than the enemy.

Pakistan Pushed into Debt-trap in Past 10 Years

Prime Minister Imran Khan said Pakistan was pushed into debt-trap during the last ten years and the country’s debts had increased from Rs six trillion to Rs 30 trillion. He said every department of the country was in losses.

The prime minister said Rs six billion was spent on daily basis just to pay installments of the loans. He said the power sector was in shamble and the government, in such a situation, had only two options, either to take help from friendly countries or go to the International Monetary Fund (IMF).

Prime Minister Imran Khan said Pakistan had vast potential as compared to others, adding that corruption had destroyed departments of the country.

He said current foreign remittances of the country were around $40 billion out of which only $20 billion were being received through banking channels, which would be enhanced to $30 billion.

The prime minister said that export industry in the past was destroyed while the present government was making it stronger and expressed the hope that Pakistan’s exports would be increased to $30 billion.

He said money laundering was not blocked in the past while the present government was taking concrete steps to block it. He hoped that the odd time would pass. “It is not my personal but country’s issue as Pakistan is in crisis situation and you have to play your role,” he added.