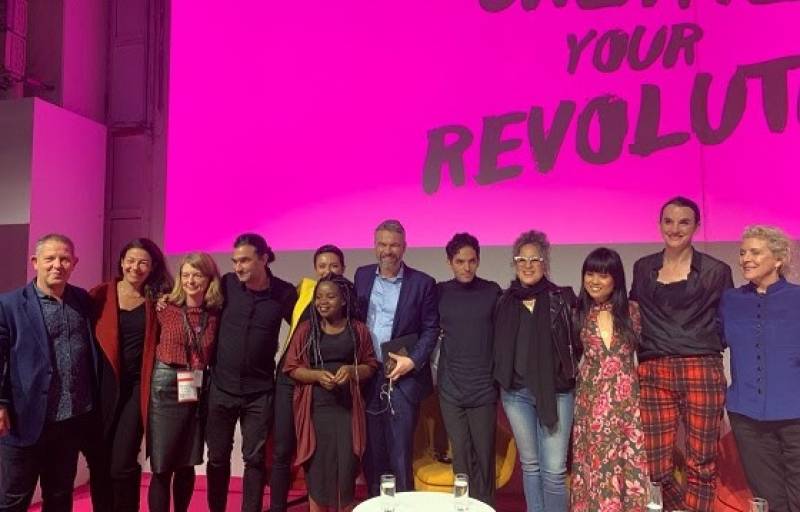 FRANKFURT - The 71st Frankfurter Buchmesse also known as Frankfurt book fair is taking place against the background of global political and social upheavals worldwide during October 16-20 with its campaign "Create Your Revolution".

The event is being held amid the major developments in political arena where the UK is planning its withdrawal from the European Union.

Culture, global warming, unstable world politics are among the hot topics of CREATE YOUR REVOLUTION (CYR), the campaign by Frankfurter Buchmesse in cooperation with the United Nations (UN), ARTE, the German Publishers & Booksellers Association, THE ARTS+/B3 and Spreadshop.

These topics were also the focus of the CYR Talks taking place at Frankfurter Buchmesse yesterday evening.

“The CREATE YOUR REVOLUTION Talks was a fantastic evening with extraordinary talks from around the world”, is John Kampfner's summary.

The former Chief Executive of the Creative Industries Federation and TV-Journalist Nazan Gökdemir moderated the event which celebrated freedom of expression, creative change and a better world.

During the three-hour event, cultural activists from all over the world inspired the audience with personal stories and ideas for the future of democracy and culture. Phyllis Omido, Environmental activist and Founder of The Center for Justice, Governance, and Environmental Action, called on the audience for worldwide support for one another: “We share a planet and whatever happens in Africa has an impact in Europe – let’s support each other.”