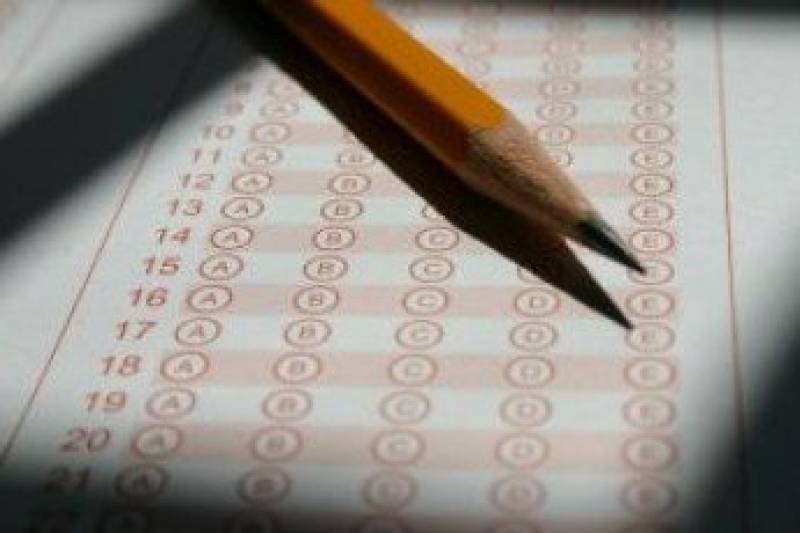 LAHORE – A large number of students and their parents in Pakistan have called for the cancellation of the Cambridge Assessment International Education (CAIE) October/November 2020 examinations sessions, asking the authorities for an award of predicted grades instead.

Students, who talked to DailyPakistan a day before they are set to stage a demonstration at Lahore Press Club this afternoon, say they are “just not prepared” for the exams following the six most difficult ever months out of the schools due to the coronavirus pandemic – that affected more than 1.5 billion children across the globe. Thousands of students appear for the Cambridge International Examinations every year.

Their ‘Charter of Demands’ comes at a time when a major decline in the number of daily infections just allowed reopening of educational institutions in the South Asian country, which has so far seen 6,393 deaths from the deadly virus since March this year.

Demanding that the scheduled exams be cancelled, many of the students say they could not prepare for their exams as schools and coaching academies were closed due to the countrywide lockdown.

For private students, they have demanded the policy used in the UK and Scotland. Considering the worst-case scenario of the October session taking place, the students have demanded a change for the amount of syllabus included.

While many of the students are facing “huge mental stress” throughout the past few “toughest months,” parents are worried about the safety of their children at the educational institutions, especially when there is a possibility that coronavirus cases may rise again during a second wave being predicted by world health experts.

Even though the seating arrangement in the examination halls is very organized and a reasonable distance is maintained between candidates, social distancing is nearly impossible where hundreds of students would gather outside in the waiting areas.

Parents of these students consider it a matter of great concern as their kids’ future is on the line. Without any preparation, they say, the exam session will only ruin the mental health of their children.

As they urge the regulatory authority, Ofqual, to consider the option of cancelling the October CIE session, they have demanded predicted grades for both regular and private candidates, on the basis of course works or any evidence-based assessment from Cambridge.

“Cambridge has given us [the Pakistani government] a deadline (Sept 30) and an option to withdraw from Oct/Nov series and we want our schools to avail it,” reads an online petition, signed by nearly 10,000 students.

This means the students will have to give exams in May/June 2021.“However, we’d like our govt to request Cambridge to give candidates of Oct/Nov expected grades just like they were given to other students.”

“Our future depends on these grades and we don’t want to risk something that’d literally pave the way ahead of us.”

These students have also united through a social media campaign, #expectedgradesforoctnov, to raise their voice for a “just solution” to this issue.

Thursday’s protest at Lahore Press Club follows a similar demonstration in the capital Islamabad on Wednesday. The protesters were holding placards inscribed with slogans for the cancellation of the upcoming session.

Islamabad Protest for CIES Oct/Nov.....
Alhamdulillah Somehow protest achi ho gaye like we just met the MNA Wajiha Akram and she has just arranged a meeting for us on Monday IA.#expectedgradesforoctnov #predictedgradesforcaieoctnov @Shafqat_Mahmood @ImranKhanPTI pic.twitter.com/8DNTbYl8kW

The young protesters have also warned of hunger strike if their demands were not met.

“We know we are young but why our government doesn’t take us seriously. How can Cambridge and our government expect us to take such important exams when we are completely unprepared, and that too during a pandemic when everybody is going through severe mental and physical stress,” said Shahzada Ruhaan Ahmed, an O3 class student from Lahore’s Saint Anthony School.

'Please do not ignore our voices. We are the future and youth of this country,” he added.

Another student, who preferred not to be named, revealed that not only the private candidates were affected by the decision, a lot of school candidates were forced to opt for the Oct/Nov series. “And all of us have regretted it continuously. We're all struggling to study for A-levels while studying for our O-Level exams at the same time. It is way too much of a burden and stress for us. Some of us were not even able to complete our syllabuses, science students are not prepared for practicals due to closure of schools, and hence labs,” he explained.

Last month, students and parents had staged a protest outside Punjab Assembly the CAIE had announced the results of hundreds of thousands of students who participated in the examinations from across the world as well as from Pakistan under grade prediction method.

The unexpected results led to a massive outcry by thousands of Pakistani students who believe that their grades were unfair and discriminatory. A total of 950,000 students from 139 countries opted for the grade prediction method for the Cambridge May/June session.

Later, Federal Minister Shafqat Mahmood announced that the CAIE had agreed to review its grading procedures for the recent O/A level results.

The students, who are set to hold a demo today, say they expect the same predicted grades from schools and leniency from Cambridge and The Government of Pakistan, especially for the private candidates.

Cambridge International is yet to give a final statement on the cancellation of the upcoming session.