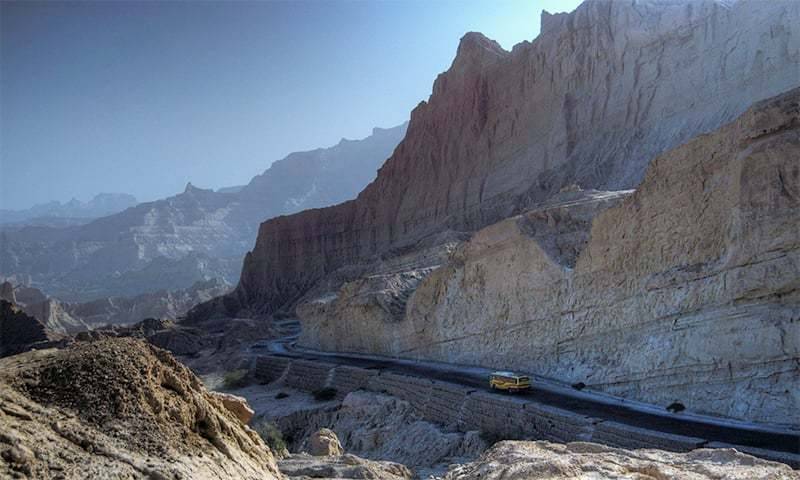 LAHORE - Fourteen passengers were forced to offload from a bus on Makran Coastal Highway in Balochistan's Ormara area and shot dead by unidentified gunmen early on Thursday.

Pakistan Navy personnel were among the martyred in the attack , which took place near Bozi Top, a Pakistan Navy spokesperson said. The attackers, who numbered around two dozen, were wearing camouflage uniforms, provincial home secretary Haider Ali told AFP.

MAKRAN – Unidentified miscreants shot dead at least 14 passengers after offloading them from a passenger bus on ...

They "stopped buses on the Makran Coastal Highway and gunned down 14 people", he said, adding that the four vehicles were travelling to Karachi from the coastal town of Ormara.

The bodies were shifted to a nearby health facility in Ormara. The attack came less than a week after 21 people, including eight Hazara, were killed and 48 others injured in a suicide blast in Quetta 's Hazarganji sabzi mandi.

People are expressing their sympathies with the families of the victims on Twitter:

I strongly condemn the killing of 14 passengers on the Makran coastal highway. This is an attack on the sovereignty of Pakistan and an attempt to sabotage efforts of prosperity in Balochistan. My heartfelt condolences to the families of the victims.

Devastated about the brutal murder of 14 passengers on #Makran Coastal Highway. This is an heinous act of terrorism. My thoughts & prayers for the victim's families. It is a conspiracy to create hurdles in development of #Balochistan.#Ormara #Gwadar #Quetta

This is not the second time, this is at least the fifth time I am getting to hear the same script of a 'Shanakht parade'. The NICS are checked and people are gunned down due to a different surname or a birth place.https://t.co/WQd4EBMUYC

The brutal murder of 14 innocent bus travellers, apparently killed for their identity, must be condemned. Shameful and inhuman. #Ormara #Balochistan

Our prayers and condolences with those affected and their families.