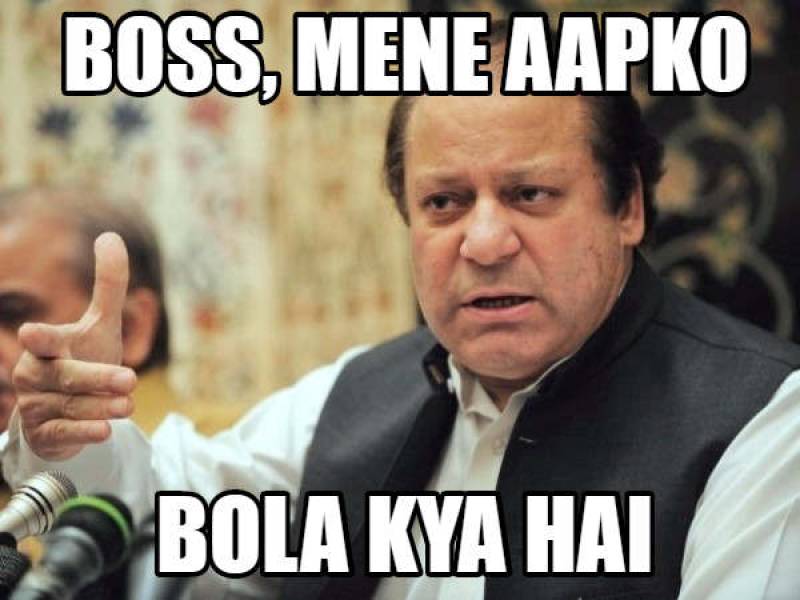 While the former prime minister is often criticized for not identifying with the general public, his response to his disqualification is one that any Pakistani turns to when facing a lack of meritorious argument. His contention seems to be that the apex court was unnecessarily quick to pull the trimmer (to those who would like to maintain that a trimmer would rarely be effective on someone so hairless Mian Sb, I find it important to point out that the abovementioned trimmer is of the metaphorical variety).

The N league chief is notorious for asking the right questions at the wrong time and this question is surely one that would better serve if it were addressed to Ayesha Gulalai from Imran Khan. It is safe to say that the entire nation eagerly awaits the revelation of what it was exactly that Imran Khan said to the lady (especially so, considering a parliamentary committee has been made for the purpose).

Regardless, it is Nawaz Sharif and not a sleazy Imran Khan with short-term memory loss who has asked what he has done that was so wrong. Some will say corruption, others will allege money-laundering but I will never forgive them for making PPP look good; watching Zardari talk about transparency is perhaps too much for an average Pakistani to take.

This move to appeal the decision of the SC has been interpreted in a number of ways, with some critics even going to the length of claiming that this is a deliberate attempt to divert the nation’s attention from the mess that was the GT Road march. If that is indeed the case, it will be prudent to remind (the self-proclaimed 'people's champion') Mian Sb that it will take more than a couple of court appeals to remove the following image of Khwaja Saad Rafique from our minds:

He may be the minister for railways, but wearing a P cap backwards makes him look like a WAPDA employee. Clearly his hat game is not as strong as that of Shahbaz Sharif.