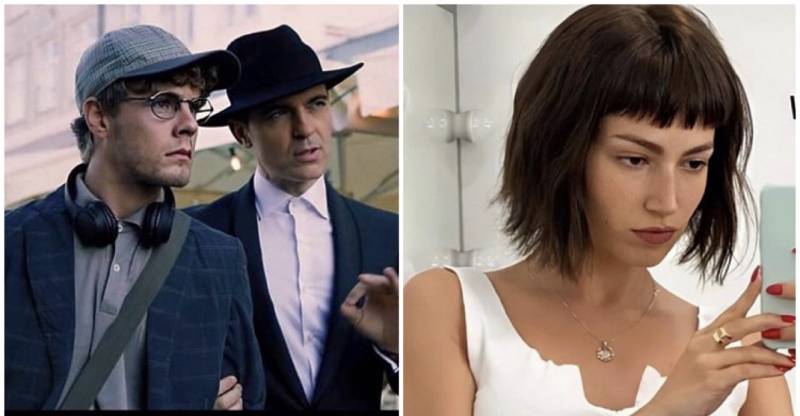 Our favourite cast members of ‘La Casa de Papel’ have returned on set for shooting the fifth and final season of the Netflix show.

Monty and Python, obvious. 🦧❤️🦋🔥⛩ Not the past, not the future. @patrick.criado the present. #LCDP5

Pictures of actor Pedro Alonso, who essays Berlin, have been doing rounds on the internet and at the same time, Ursula Corbero aka Tokyo posted a teaser story of the character's come back in Money Heist 5.

Tokyo is back on set as she teased fans with a picture captioned "Today. Tokio is back. Wish me luck". In her Instagram story, the actress could be seen in her iconic Tokyo hairstyle. Pedro Alonso posted a picture of his character ‘Berlin’ alongside actor Patrick Criado.

The show is set to take on from the shocking cliffhanger at the end of season four so fans can find out what happens to the Professor (essayed by Alvaro Morte).

“We've spent almost a year thinking about how to break up the band,” Pina revealed in a statement. “How to put the Professor on the ropes. How to get into situations that are irreversible for many characters. The result is the fifth part of La Casa de Papel. The war reaches its most extreme and savage levels, but it is also the most epic and exciting season.”

Moreover, Netflix announced that two new cast members will be joining the gang including Miguel Ángel Silvestre and Patrick Criado. Production on Money Heist season 5 has already begun and its being shot in Spain, Denmark and Portugal.

The mega hit series smashed all records for season 4. It had managed to garner an incredible 65 million views. It also consistently ranked number 1 in many countries including those outside Spain.