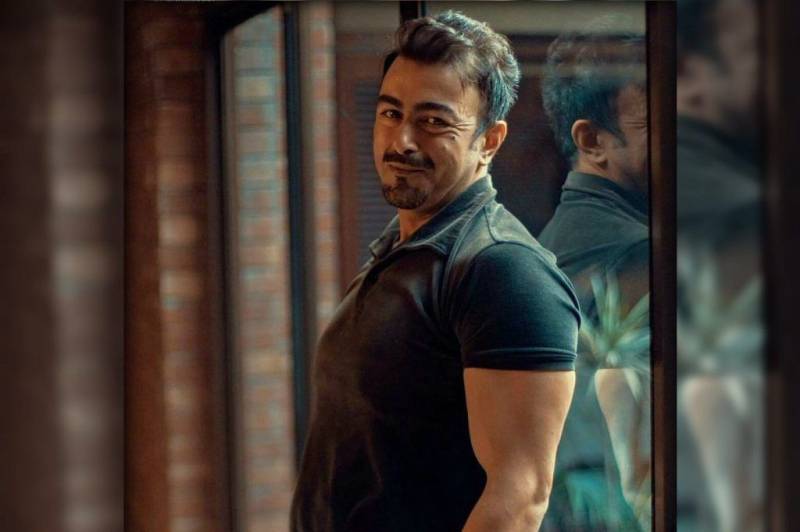 After taking a long break from cinema, superstar Shaan Shahid reappeared on the big screen on November 25 with Zarrar, which features Kiran Malik, Nadeem Baig, Rasheed Naz, and Hajra Yamin, among others.

Nowadays, he is quite busy with interview lineups for the promotion of his film. In his latest interview with Fuchsia, he delved into details about his private life, in particular his love story.

The Bol actor is married to Amina Shaan and the couple is blessed with four daughters. He is always seen with his family whenever we see him out and about at events and the couple looks beautiful.

Disclosing details about his marriage, Shaan shared that he had a love marriage. When the couple married,  his wife was only 19 and he was 30. He visited his Arts College for a project and it was love at first sight for him.

He also shared that his wife’s family was concerned initially as he was an actor already and there were many stories f his link ups with fellow actresses. But Shaan asked his mom the legendary Neelo Begum to go and ask for Amina’s hand. When Amina’s family got to know about Shaan’s father and that he is also a Kashmiri like them, they accepted the proposal.

Earlier, Shaan Shahid’s wife and daughter attend the Zarrar premier and were spotted posing for the camera alongside the superstar at their side.