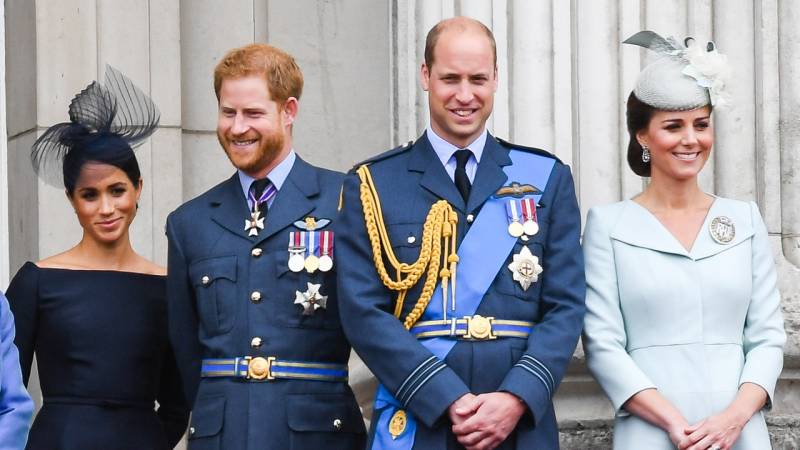 LONDON - Prince William and brother Prince Harry's professional "breakup" is happening sooner rather than later as reported by British media.

In October, the Sunday Times had reported that the two were "considering a formal division of their joint royal household, which is based at Kensington Palace, and the creation of separate courts to reflect their increasingly different responsibilities."

According to the buzz these days, Prince William, who is second in line to the British throne, and Harry are set to split their household within weeks, confirming a new Sunday Times report.

The newspaper said the division will happen before the birth of Harry and wife Meghan Markle's first child this spring.

On Thursday, Kensington Palace announced that Prince William, will be taking on the duty of his brother's best man as ...

Also according to a source, it  is hoped the split of the household will help ease the reported tensions between the brothers and their wives. William, wife Kate Middleton and Harry and Meghan were last spotted all together on Christmas, where they were all smiles.

LONDON - Rumours regarding Meghan Markle and Kate Middleton’s relationship turning sour has been in the news as the ...

Adding to it, the source had also shared that that the first major division of the joint royal household will be of their media team, adding that William and Harry are "working together" on the plans. The two courts would also have separate staff.

"When William becomes the Prince of Wales, he will take on a lot of extra responsibility, including the Duchy of Cornwall,"as published by British daily E! online.

"Harry and Meghan have none of that, and seem ambitious about forging their own paths."

With their royal wedding less than one month away on the 19th of May, Prince Happy and Meghan Markle had a special date ...

William and Kate will continue to work together with Harry and Meghan on charitable causes spearheaded by the quartet's Royal Foundation, the newspaper said.

Kensington Palace has not commented on the reports.