RAW-linked terrorists from group that attacked PSX arrested in Karachi 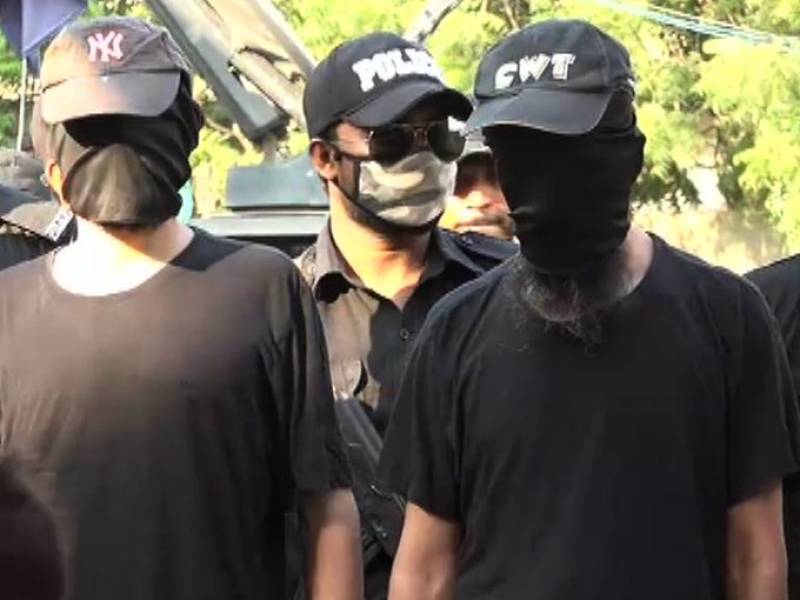 “The outlawed organisation is running its activities from Afghan soil and is also involved in attacking security forces in Balochistan,” said the officer as he presented the alleged terrorists before media at his office in Karachi.

The culprits wanted to target key installations in the city, the SSP said, adding that they recovered heavy ammunition from the terrorists including hand-grenade and other explosive material.

“We arrested the culprits yesterday and they have admitted RAW’s support for their organisation,” SSP Janwari said. He went on to say that the Indian spy agency is providing training and logistics and monetary support to the outlawed group.

“We have worked jointly with the security agencies to track the perpetrators of the PSX attack and it emerged that those who attacked the building were trained by the Indian security agency,” said Janwari.

Earlier this week, the Federal Investigation Agency (FIA) had detained a key operative of a sleeper cell of Indian prime intelligence agency Research and Analysis Wing (RAW) in Karachi.

The accused, identified as Zafar, had received terror-related training from the Mehmood Siddique group in New Delhi, India.