The Cost of Defending Ahmadis? 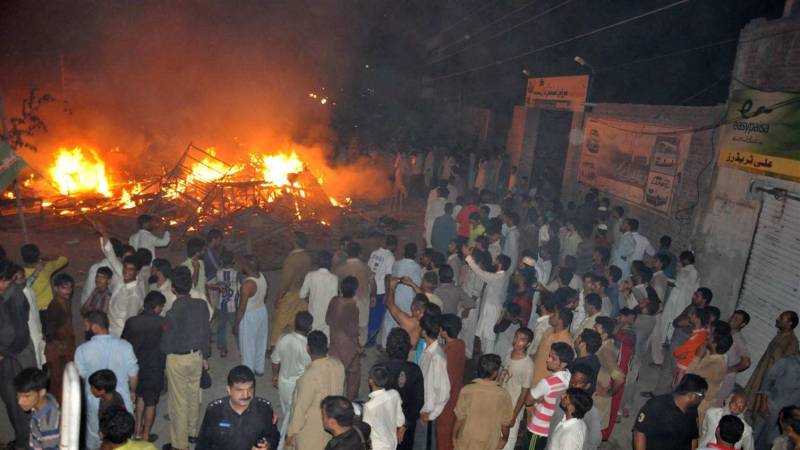 Hamza Ali Abbasi isn’t wrong when he says that it is easy to talk about the rights of any minority groups in Pakistan but when it comes to talking about the rights of Ahmadis one can’t hide from the backlash that follows. As brave as Abbasi has been with his recent comments on the Ahmadi issue, there are a few problems with discussing the controversial issue of Ahmadis in Pakistan.

For one, the Ahmadi issue in Pakistan is both a political and a religious one. Humza’s comments on whether the State should be allowed to decide who is (or not) a Muslim reflects his poor understanding of the subject at both levels.

Whether we like it or not, Pakistan is an Islamic Republic no matter if Jinnah wanted it to be otherwise. In such a country, religion is more than just an individual belief, and the State holds the authority to define the parameters of religion. The real question Hamza Ali Abbasi should be asking is if Pakistan ‘should’ be an Islamic republic or not because that will decide the question of whether the state should remain neutral towards different Islamic sects and religious groups including Ahmadis.

Humza stirring a debate on this complicated issue on live TV show backed with very little substance to defend or argue was dangerous because it has made the issue more controversial than it already is. Well-intentioned Humza, perhaps, does not realize that he might end up causing more danger than safety to a community that prefers to silently survive in Pakistan than resort to social or political activism. The fact that Ahmadi community depoliticized itself in 1970’s and opts to remain absent from the social and political life of Pakistan is a good enough evidence that the community wants to avoid attention.

Second, choosing the right forum to discuss the Ahmadi issue is even more important than the debate itself. The ratings-hungry mainstream media, especially talk shows does not provide the right environment to discuss important issues either. Hamza Ali Abbasi isn’t the first one to raise the Ahamadi question, our very own Mubashir Lucman launched his career by running back to back shows supporting Ahmadis and causing a massive stir. But if Ahmadis thought this would make a difference, they were disappointed when Lucman took a U-turn and ran an anti-Ahmadi episode later on.

To believe that any serious change in the circumstances of Ahmadis can be caused through discussions on the mainstream media has been tried, tested and proven wrong. If anything, mainstream media can only damage and marginalize the Ahmadi community further. Better platforms to argue the Ahmadi case might be at the policy and constituency level and most importantly at the educational level including universities. Given that anti Ahmadi sentiment runs deep among the illiterate and educated classes in Pakistan reflects the need to change the discourse around Ahmadis at the school and university level. It’s a slow process and will take decades, but eventually produce results, not just high ratings for a Ramzan show.

Also very important is the optics. Hamza Ali Abbasi with his privileged background in the entertainment industry and somewhat secular outlook can defend Ahmadis and it will have little or no impact. People who already agree with him will agree and share his videos, those on the other side of the religious aisle will be quick to discredit him for his lack of understanding on the issue, despite the fact that all he really is talking about is common sense protection of a certain community. Pakistan is deeply fractured when it comes to the Ahmadi issue with an overwhelming majority either against the community or oblivious to its persecution. What Ahmadis need is a support from more people like Ghamdi’s, Taseer’s or Sharif’s who are in a position to argue on religious or political bases and nudge through a change in policy.

This isn’t to say that Hamza Ali Abbasi shouldn’t have the freedom of speech to say what he likes, but despite all his good intentions, his lack of understanding on the subject, unfavorable professional background, and use of the wrong platform to discuss the issue may cause the opposite of what he wanted to achieve. He is a brave man who may not fear his life but what he says on the TV may have put the lives of innocent Ahmadis at a further risk.