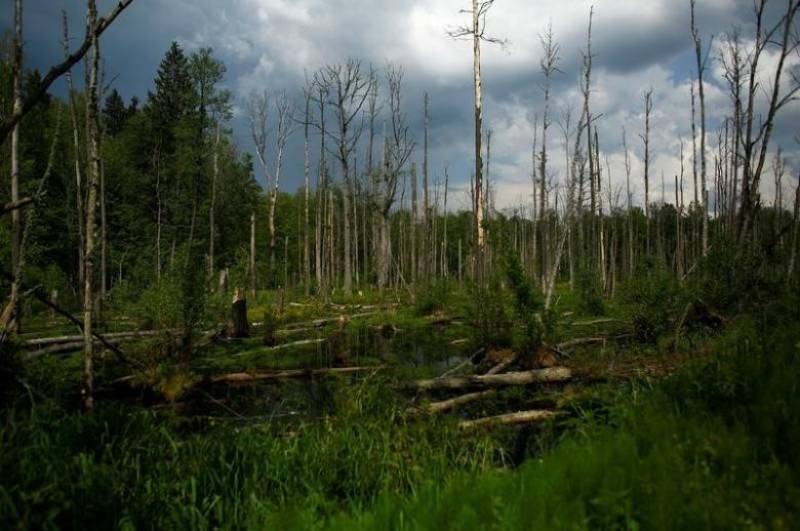 Deforestation is one of the main contributors to climate change and has been a serious threat for Pakistan for decades. With a deforestation rate of approximately 0.5 per cent per year, only 2 per cent forest cover in the country remains standing, which is an alarming situation and definitely calls for immediate action.

Fortunately, the Pakistan Tehreek-e-Insaaf (PTI) government, led by Prime Minister Imran Khan, has included climate change in its “Green Growth Initiative” development agenda. PTI is currently scaling up the “Billion Tree Tsunami”, mega afforestation that was carried out during its previous political tenure in the government of Khyber Pakhtunkhwa, to “Ten Billion Tree Tsunami”, which will be carried out across the South Asian country.

While the government is putting a lot of political effort and finances in afforestation, immense attention needs to be given towards addressing the drivers of deforestation. One of the main drivers is the urban sprawl due to urbanization and infrastructure development. With growing cities, housing societies, highways, and transmission lines, more and more forests are being cut to meet the demands of a rapidly increasing population of the country. One other critical driver is the unsustainable and illegal harvesting of timber for the market. Despite bans imposed by the government, the timber mafias still exist largely due to weak law enforcement and lack of serious repercussions.

Another major driver, which has perhaps been ignored the most, has been poverty, particularly in forest areas. Lack of income encourages the local communities to unsustainably cut down the forests for timber, fuelwood, fodder for livestock, small agricultural land and for non-timber forest products like medical plants and wild fruits. Ultimately, poor directly or indirectly rely on forests as a source of their income, causing massive deforestation.

As the world continues to experience the extreme and frequent impacts of climate change, the debate for climate action in the international arena has also accelerated. The ongoing UN’s Climate Change Conference in Bonn, Germany, along with concentrating on many other aspects of climate change is also majorly focusing on mitigation measures for fighting climate change.

One of the side events of the Conference highlighted community forestry, which is essentially involving the local communities in forest management and land-use decision making, as a means of tackling deforestation and reducing rural poverty.

Virginia Young, Member of the World Commission on Protected Areas and the IUCN Taskforce on Primary Forests and Intact Forest Landscapes also stressed on the importance of protecting community rights for fighting deforestation and climate change. “Work on biodiversity conservation, community rights and climate action - and you have the recipe for success,” she said.

Pakistan is already on a promising trajectory towards fighting climate change with mega afforestation projects, greater representation and voice in the UN climate conferences and political will towards green development. However, the government can still be more holistic towards it approach of tackling climate change.

While afforestation is necessary, addressing the deforestation drivers particularly poverty is also equally important to ensure trees planted today thrive in the future.