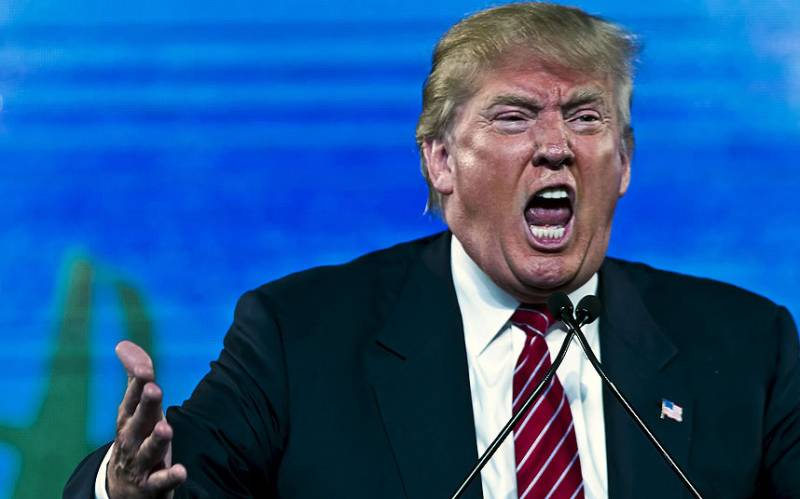 While Donald Trump is building a case against Pakistan on the basis of dollars flowing to Pakistan from the US – the amounts and nature of which is very misleading – the question today in almost every Pakistani’s mind is: can we do without American dollars?

The answer is pretty simple: yes, Pakistan can do, and do very well, without even a penny coming from America. The problem, however, is that the overall perception in Pakistan – notwithstanding the same in America – is quite the contrary.

While America is of course not among the countries that Pakistanis are really fond of, in terms of international affairs – not even those who are usually cited as making long queues outside the American embassy for visas – it is also a reality that Pakistanis are generally not well aware of the economic interdependence, or lack of it, between their country and the US. We can bet that Americans are not even slightly better aware, either. Hence, the rhetoric of the likes of Donald and Nikki prevail.

The general perception is that the US is too important to ignore – not just strategically but also for running its economy – for Pakistan. And successive American governments have certainly exploited this perception over decades, by creating a sense of economic insecurity among Pakistan’s public at large and decision makers in particular.

Things have changed, however, quite a lot; and things had changed even before Trump landed in the White House.

That what Pakistan got from the US in the name of ‘aid’ in the past decade and half is much less than what should be a proper reimbursement and only a small fraction of the material costs – besides invaluable human cost – suffered by Pakistan because of the so-called ‘War on Terror,’ is one thing, and we have been highlighting it time and again. Here, the point to explain is: what really is the US’ economic significance for Pakistan in the present-day setting?

Let us move ahead by acknowledging that it is disrespectful to the Pakistani nation that even the ordinary media team members of Trump White House are lecturing Pakistan to ‘better earn’ what it gets.

America is stopping $255 million it was supposed to pay. The amount is PKR (Pakistani Rupees) 28 billion with greenback trading at PKR 110 apiece. Considering that Pakistan’s annual budget is some 5000 billion rupees, what America is so rhetorically withholding is nothing more than two days of Pakistani government’s expenditure. Yes, ONLY TWO DAYS worth of expenditure.

Now come to what America transferred to Pakistan last year: the much talked about ‘billion’ – yes, it was ONE BILLION, as a whole. And now look at the size of Pakistan’s GDP of over $300 billion the same year. It tells us that what America paid was only a third of one percent of Pakistan’s Gross Domestic Product, in a year. What impact can it make even if the whole of it is withdrawn?

IMF (and to some extent WB and ADB, etc.) have long been an effective tool for American policymakers to tame the countries they wanted to, economically and financially, using the power in decision making of these institutions which has been rendered unfair and less effective now with the rise of China and Beijing-led international financial institutions.

And Pakistan is making it clear that it does not plan to go to the Fund for at least another two years (the cost of not doing so, though, is another debate.)

There are two leverages that Trump enjoys vis-à-vis Pakistani economy. The first is that the US-based overseas Pakistanis send some 13% of total remittances coming into the country, standing at $2.44 bn. out of the total of above $19 billion received in 2016-17. The second is that the US remains one of the largest markets absorbing Pakistani exports, above one-tenth of what Pakistan sells to the entire world, registering over $2.1 billion out of the total of around $ 20 billion in 2016-17.

How Trump uses these leverages would be something interesting to watch. Note that Trump is the guy who is talking about taxing imports from several countries heavily. A major change in these two heads – which cannot be ruled out altogether with a guy like Trump holding the pen to sign an order – can be a jolt, considering the Balance of Payments difficulties that Pakistan faces, but that too not to the extent that Pakistani economy cannot tolerate.

Neither is the Pakistani economy as highly dependent on exports as several others emerging markets nor can remittances be blocked altogether.

A very important dimension that is usually missing from the discourse on economic ties between the two countries is the benefit it entails for America and its economy, leaving the strategic advantage aside. The following points from a statement of US Department of the State issued on November 17, 2016, are worth noting:

And there are more examples to quote, too. The point is that damaging economic cooperation with Pakistan means Trump is going against his own slogan of America First, and the talk of creating jobs for fellow Americans.

The India factor! While discussing the economics of Trump’s tirade against Pakistan, two more factors become significant. One is that demonizing Pakistan makes Trump a favourite in India; hence, more business opportunities in/with India and its fast expanding economy. Two, creating a conflict and sense of conflict results in more arms sale for the US. Here again, the US is the largest arms exporter and India is the largest importer. And some 7% of the US total exports now are arms. Keep the world in a sense of insecurity and that is BUNINESS, much has been talked and written about it, all around the globe.

Creating an impression that Pakistan cannot do without Donald’s damning dollars is as convenient a ‘truth’ as believing that Nikki Haley and Nimrata Randhawa are two different personalities.

Rather more important questions in this regard are: can America push some more countries to tighten the economic, trade and financial screw on Pakistan, and, can America go for a set of economic sanctions that impact Pakistan’s doing business with rest of the world, and what would be the ramifications of such possible moves.