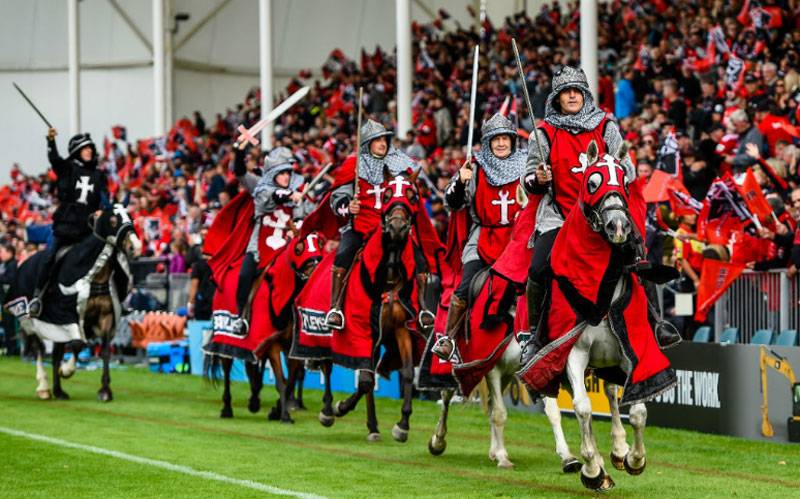 CHRISTCHURCH, New Zealand - New Zealand's Canterbury Crusaders rugby team said they would consult with the Muslim community about a potential change of name after criticism following Friday's massacre at two mosques in their home city of Christchurch.

The name of the reigning Super Rugby champions has been questioned in the past, but the club said "we understand the concerns that have been raised" after the mass shooting, which left 50 people dead.

Distinctive writing on the attacker's weaponry included the names of historical figures from the Crusades, the religious wars waged by European Christians against Muslims for control of the Holy Land in the Middle Ages.

"In terms of the Crusaders name, we understand the concerns that have been raised," chief executive Colin Mansbridge said in a statement.

"In our view, this is a conversation that we should have and we are taking on board all of the feedback that we are receiving, however, we also believe that the time for that is not right now," he added.

"At an appropriate time, we will thoroughly consider the issues that have been raised and our response to that. That will include conversations with a range of people, including our Muslim community."

The Crusaders represent the top half of New Zealand's South Island and are the most successful team in Super Rugby, the southern hemisphere club competition, with nine titles. Their name was chosen in 1996.

"Among others in the mix of potential names were the Plainsmen but the powers that be believed the name Crusaders reflected the crusading spirit of Canterbury rugby," the team website says.

Former Test cricketer Mark Richardson said he first thought that ditching the Crusaders' name would be an "over-reaction", but had since had a change of heart.

"When I first read that, I thought, 'for goodness sake'," he said on New Zealand's Three TV channel.

"But then I thought nothing is an over-reaction when it comes to trying to make amends and be understanding."

One of the Crusaders' best-known former players is Sonny Bill Williams, who converted to Islam in 2009 and remains the only Muslim to play for the All Blacks, as the rugby-mad country's national team is known.

Williams, who currently plays for the Auckland Blues, broadcast a tearful Twitter stream on Friday lamenting the attacks.

Similar debates have raged in the United States over the names of sports teams with Native American associations, such as the Washington Redskins, Atlanta Braves and Cleveland Indians.

Peter Lineham, a historian at New Zealand's Massey University, said the Crusaders name should never have been chosen in the first place.

"It invokes a history of genocide and because of that the name, it should never be on anybody's mind," Lineham told New Zealand's Newshub website. ecl-th/tom