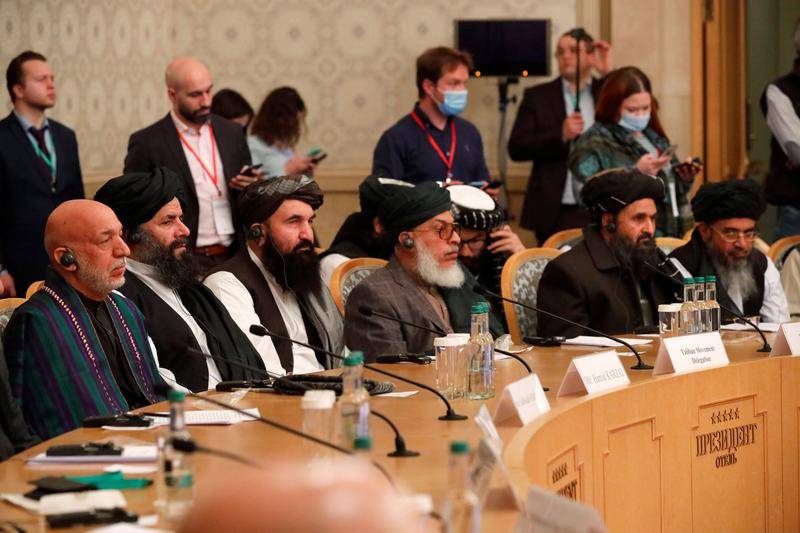 ISLAMABAD – The United States, Pakistan, Russia and China on Thursday urged the Afghan Taliban to not launch “spring offensive” to avoid more violence in the conflict-hit country.

A joint call was given during a conference hosted by Moscow in a bid to break impasse in the intra Afghan talks.

It is the first of the three international conferences planned by Russia ahead of the May 1 deadline set for the withdrawal of foreign troop from Afghanistan.

“We hope that today’s talks will help achieve progress in the inter-Afghan talks,” Russian Foreign Minister Sergey Lavrov said at the start of the meeting.

A joint statement issued after the meeting urged both Afghan government and Taliban to hold talks in order to conclude the long-awaited peace agreement.

Speaking on the occasion, Ambassador Sadiq said Pakistan, China and the US were members of the extended “troika” while Qatar and Turkey participated in the conference as special guests.

He highlighted that the dream of connectivity, economic development and prosperity of the region could not be achieved without lasting peace.

“Pakistan believes in exclusive approach towards negotiations and governance will significantly help the cause of sustainable peace in Afghanistan. The international community needs to remain engaged in Afghanistan and help the country at this critical juncture,” he said.

He said that Pakistan wants to see Afghanistan as a prosperous country.

Head of the Afghan peace council also “called for an end to violence and the acceleration of the peace talks”.

Earlier this week, Taliban has warned the US of consequence if foreign troops are not withdrawn from Afghanistan as agreed last year under then US president Donald Trump.

The second conference is likely to be held in Turkey.