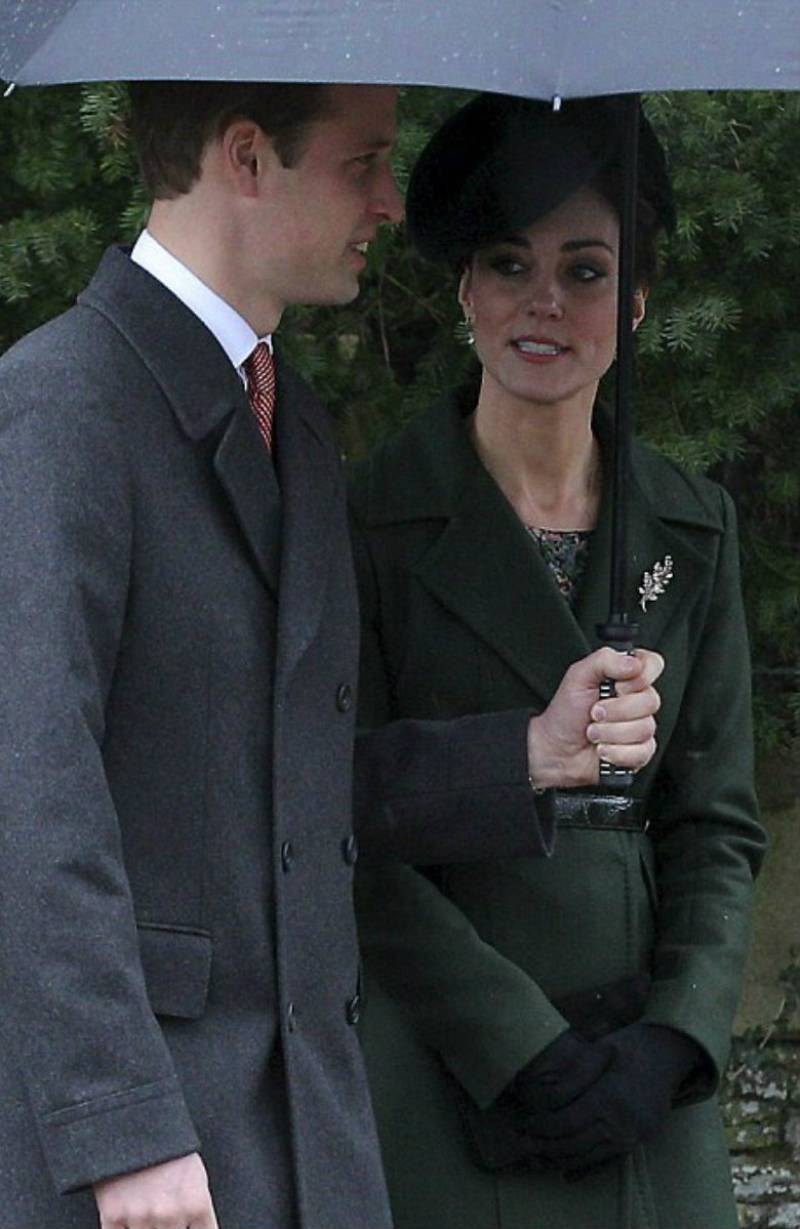 Duchess of Cambridge beamed as she arrived alongside husband William for the traditional Christmas Day church service at Sandringham estate - but their two young children were nowhere to be seen.

The royal couple chatted to Prince Harry as they followed the Duke and Duchess of Cornwall to St Mary Magdalene Church. But despite speculation that two-year-old Prince George might make his first appearance at the event, the toddler and his seven-month-old sister Charlotte were left at home. 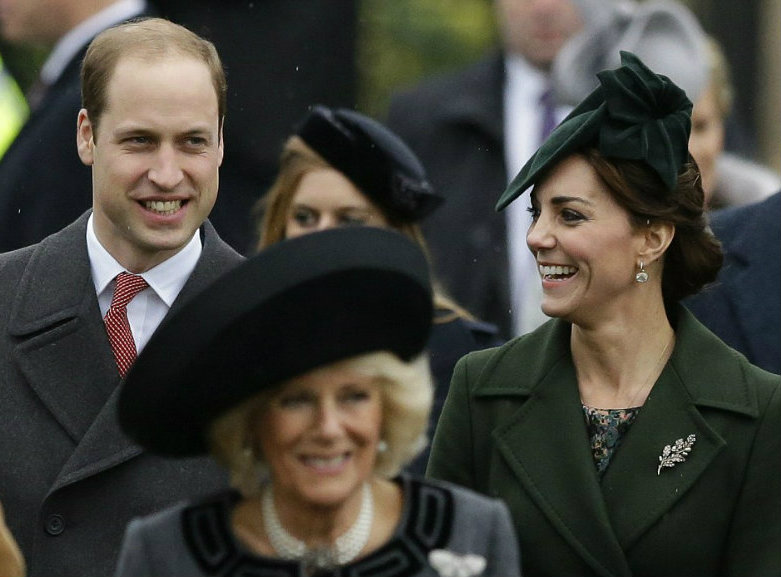 Led by the Queen who arrived in a Bentley wearing a festive red dress coat, the rest of the family made their way on foot from Sandringham House.

Daily Mail reported the wet weather meant most of the royals were quick to set off from the church for the comfort of Sandringham House. But Prince Harry braved the drizzle to speak to some of the waiting well-wishers, including two young children in festive hats and an elderly woman in a wheelchair. 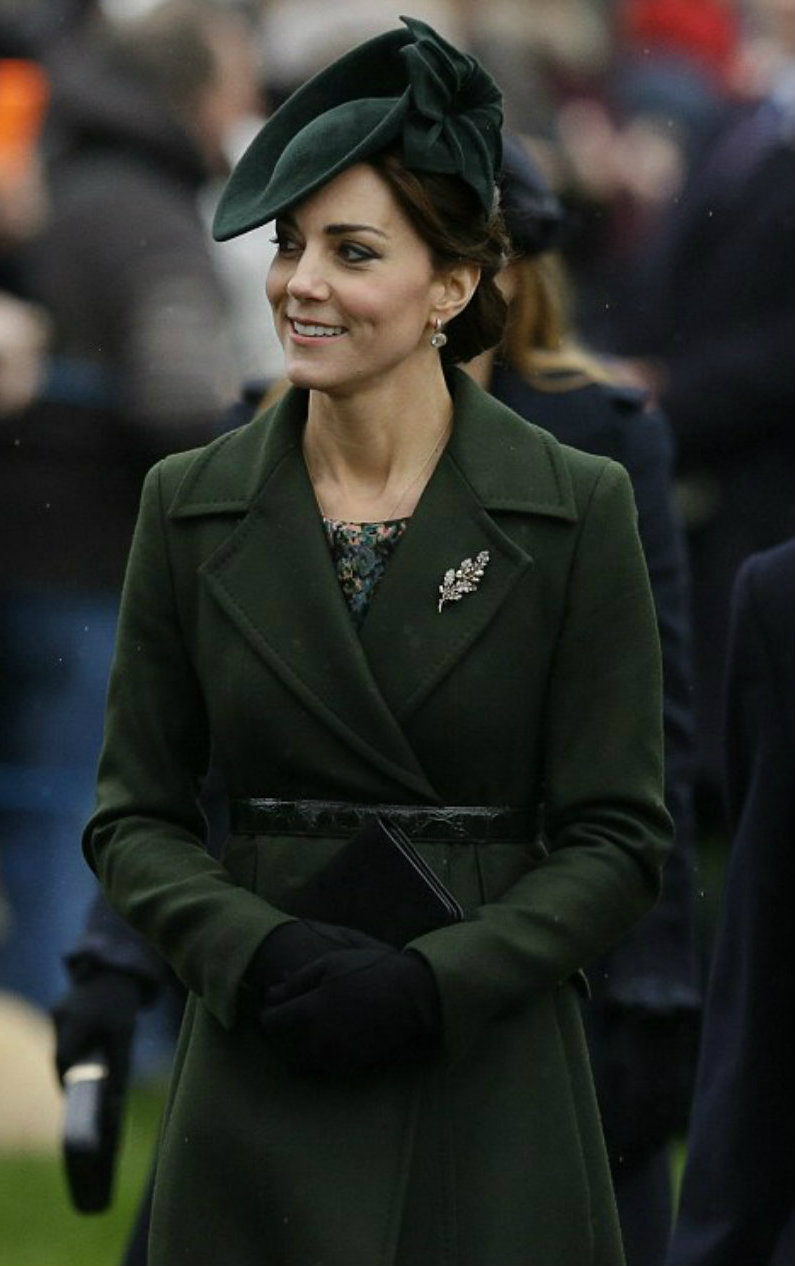 Friends report that Kate has spent hundreds on decorations, including glittery baubles, flashing tree lights and mounds of tinsel, which George apparently loves. The Duchess was spotted shopping as early as November with a view to making Anmer a riot of flashing colour.