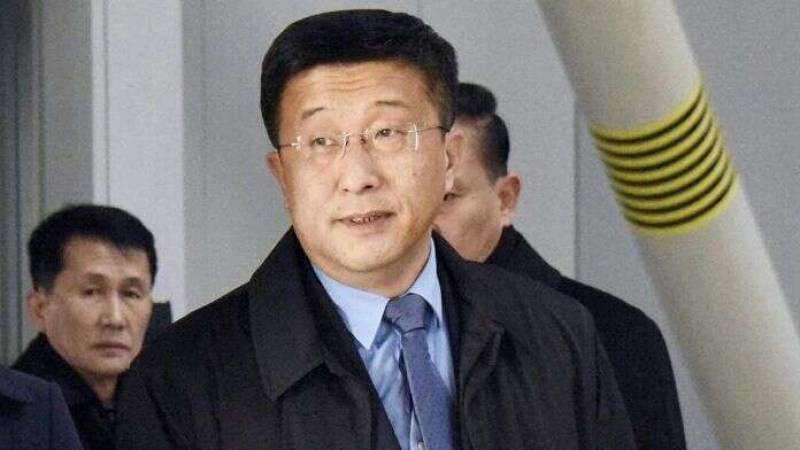 PYONGYANG - North Korea executed its special envoy to the United States after the collapse of the second summit between leader Kim Jong Un and US President Donald Trump, according to a chilling report by South Korean newspaper.

The Chosun Ilbo's report on Friday said Kim Hyok Chol, who laid the groundwork for the Hanoi meeting and accompanied North Korean leader on his private train, was executed by firing squad for 'betraying the supreme leader' after he was 'won over to the US' during pre-summit negotiations.

“Kim Hyok Chol was executed in March at Mirim Airport along with four senior foreign ministry officials following an investigation,” the newspaper quoted an unidentified source as saying; the other officials were not named.

When asked about the report, US Secretary of State Mike Pompeo said Washington was trying to verify it and was doing best to check it out.

“I don't have anything else to add to that today,” he told reporters on a visit to Berlin.

Kim Hyok Chol was the North's counterpart of US special representative Stephen Biegun in the run-up to the Hanoi summit in February which apparently failed.

Let it be known that some previous South Korean reports of North Korean purges and executions had been proven inaccurate.

Kim Jong Un and Donald Trump left the Vietnamese capital without a deal after they failed to reach agreement on rolling back Pyongyang's nuclear program in exchange for sanctions relief.

Donald Trump and Kim Jong-un have met twice up until now but the bone of contention remains the nuclear program by Pyongyang though Trump seems hopeful of a breakthrough in this regard.