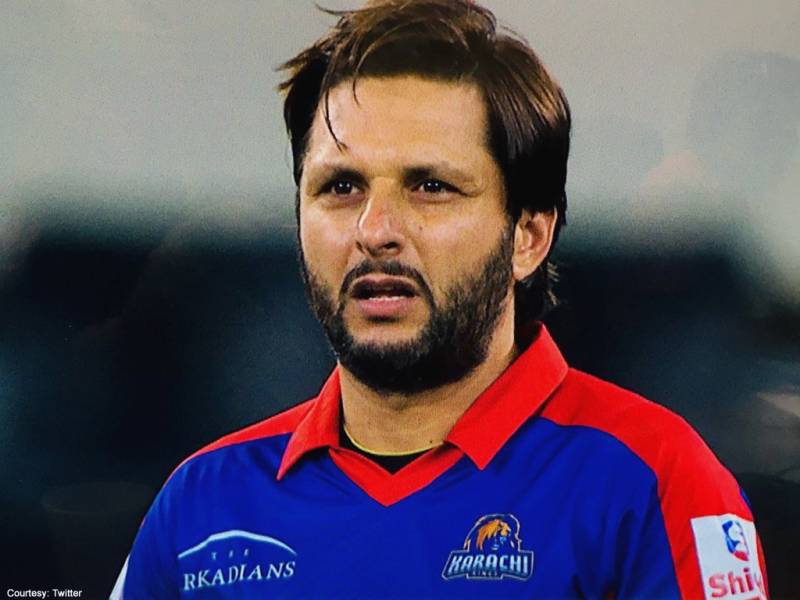 The fixture will be played on May 31 at Lord's. The 38-year-old took to Twitter and requested fans for prayers as the Bom Bom is yet to recover fully from a knee injury.

"Went to see my doctor in Dubai, I will need another 3-4 week. Hoping to regain full fitness after that," flamboyant cricketer said on microblogging website on Thursday.

Went to see my doctor in Dubai, the knee hasnt recovered fully yet. I'll need another 3-4 weeks. Hoping to regain full fitness after that, keep praying for me. pic.twitter.com/U0gOX9PXtA

Shahid Afridi, Shoaib Malik, and Sri Lanka's Thisara Perera were among the first set of players to confirm their participation for the ICC World XI in a T20I against the Windies last month.

The match is being organised to raise funds for stadia in the Caribbean that were badly damaged following Hurricanes Irma and Maria last year, the International Cricket Council (ICC) said in a statement.

England's Eoin Morgan will lead the squad that has some star-studded names from across the world.