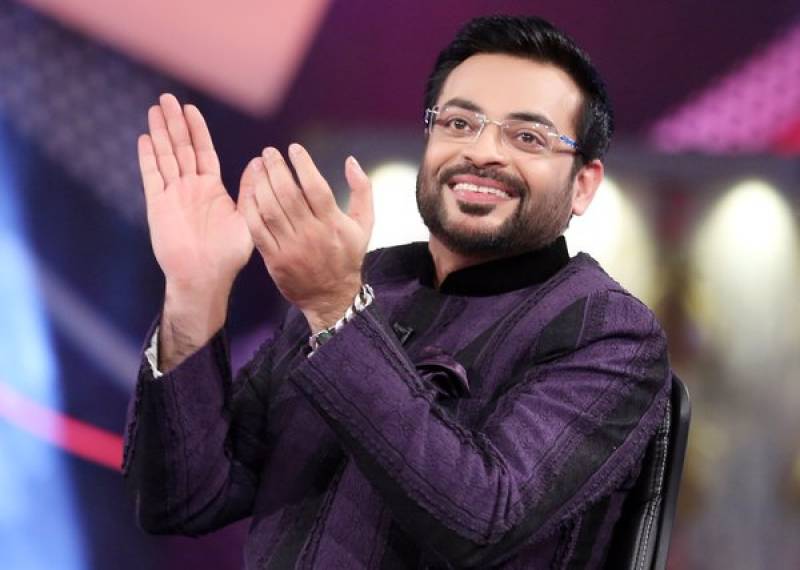 KARACHI - Renowned televangelist Aamir Liaquat Hussain parted ways with the self-proclaimed 'No. 1 channel of Pakistan', Bol News accusing the media outlet of not clearing his dues.

Liaquat, who used to host 'Aisay Nahi Chalay Ga' show on Bol News announced his decision to quit the channel through a tweet on Saturday saying 'it was not a friendly end'.

The journey has come to an end & not a friendly end. Now I am not part of #BOL. They owe me my dues. #KhudaHafizBOL

The religious scholar also advised the aspiring 'Bolwalas' to join the channel at their own risk especially if they were promised 'grand salary packages'.

In another video, the scholar apologized to all the individuals whom he 'defamed' through his show, claiming that it was done at the behest of Bol's management.

It is not the first time the scholar decided to exit the same channel as he had announced leaving Bol in August, this year as well, however, he took back his decision and resumed his show.

The latest decision evoked mixed reactions on social media with some buffs taking sarcastic jibes at the media celebrity, asking him to inquire 'Mujhy Kiun Nikala' (Why was I ousted), in a reference to former premier Nawaz Sharif's 'catchphrase'.

The Karachi-based anchor, however, refuted that he was ousted, claiming that he himself bade farewell to the channel.

Aamir was slated to host the 'Crorepati Game show' on Pak News, a subsidiary of Bol from today.

Minutes after Aamir Liaquat announced his separation with the Bol group, the media entity issued a press release stating that BOL & its management had received no prior notice or intimation in this regard from Dr. Aamir Liaquat’s side.

The communique also termed the announcement through Twitter, a 'thoroughly unprofessional practice' adding that the absolute disregard for his work & contractual obligations with BOL showed the lack of professional ethics on Dr. Aamir Liaquat’s end.

'However, BOL respects Dr. Aamir Liaquat’s decision to end his association with BOL and assures that all contractual obligations due on BOL & Dr. Aamir Liaquat at this time will be performed to the fullest extent as BOL has always upheld its principle of promoting a professional & ethical work environment in Pakistan’s media industry' it added.