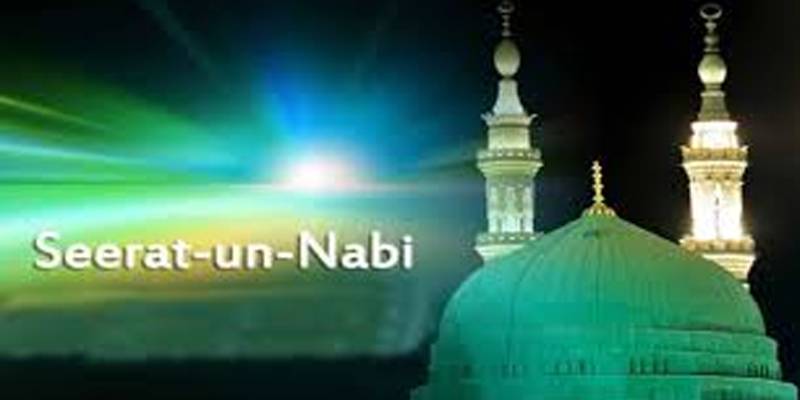 LAHORE - International Seerat-un-Nabi (PBUH) conference will be held at Alhamra Art Center in Lahore on Monday (tomorrow), under the aegis of Punjab Auqaf and Religious Affairs department.

The topic of this year's conference is "Khatam-e-Nabuwwat and Responsibilities of Muslims- in the light of teachings of Hazrat Muhammad (PBUH)".

During the event, prizes will be distributed among the writers on Seerat-e-Tayyaba (PBUH) and Naat collections printed during last one year, Radio Pakistan reported.

In this connection, a three-day exhibition of books on Seerat-e-Tayyaba, Islamiyat, and Pakistaniat will also be conducted.