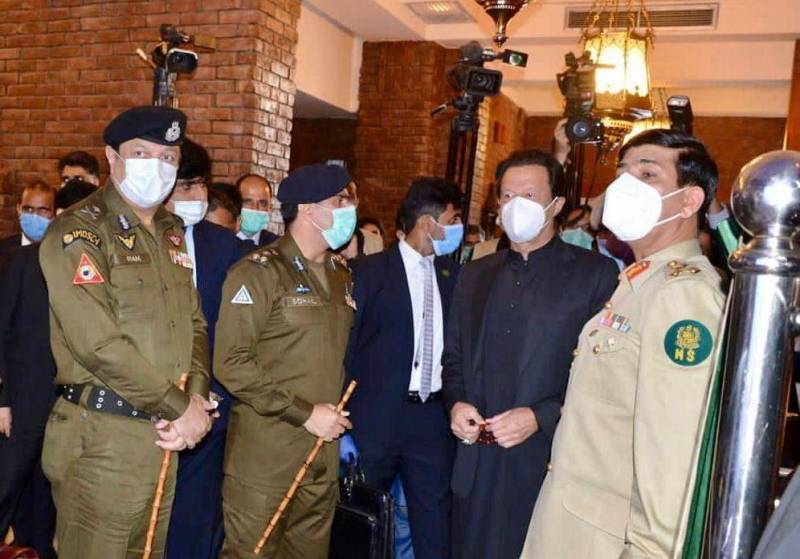 The premier was briefed that construction work on Police Complex was started on January 20, 2016 at an estimated cost of Rs145.246 million. It was told that 95 percent work has been completed while remaining will be completed by the year end.

Prime Minister @ImranKhanPTI inaugurated Police Complex at Lyallpur Town during his visit to Faisalabad today. He was also briefed regarding police reforms, future projects and law and order situation. pic.twitter.com/LwY6yzDE4I

The construction of Kashmir Bridge Underpass was initiated in March 2018 with an estimated cost of Rs1,280.209 million. More than 85% work has so far been completed and it would be opened for public by December 31.

PM Khan also opened the calligraphy exhibition in connection with the Rehmatullil Alameen (Peace and Blessings of Allah be Upon Him) week.

The work of renowned calligraphists Muhammad Qamar Sultan and Nisar Ahmad was displayed at the exhibition.