Need can do spirit for successful startups, says Iftikhar Hussain at Chapter Success 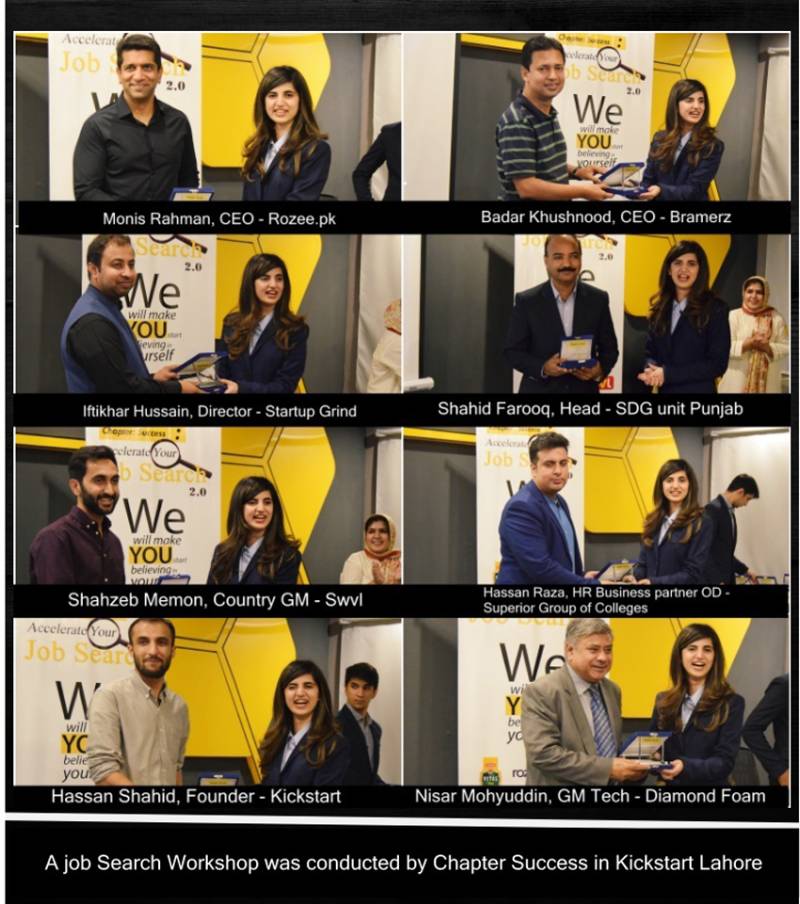 The workshop was conducted at Kickstart, a co-working space, and the agenda of the event was to revolve the unemployment issues through training and empowering job seekers. 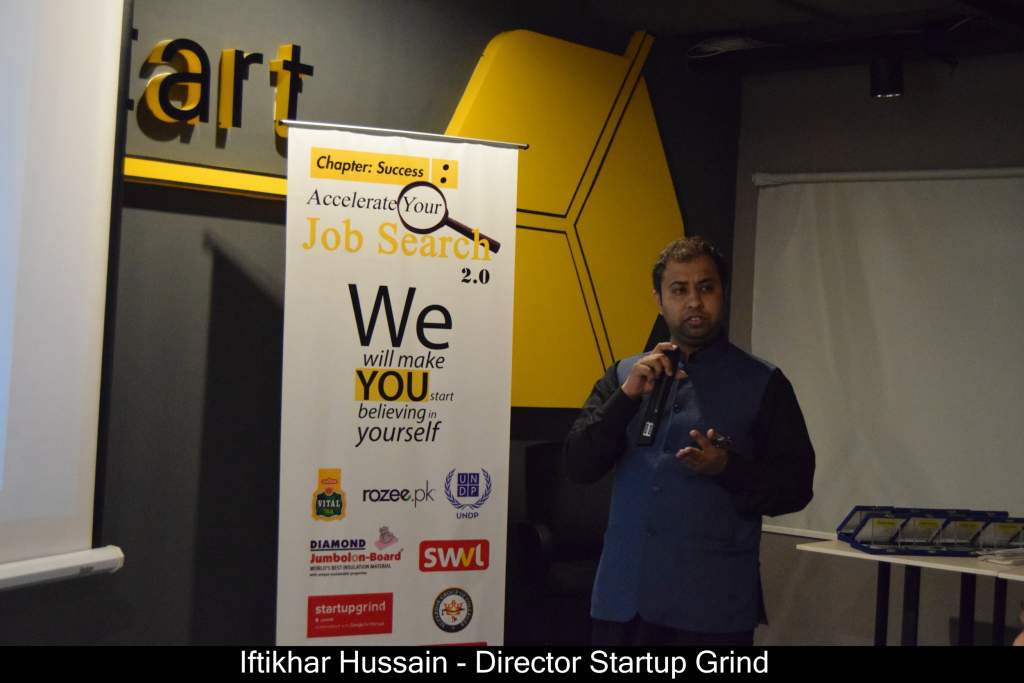 Iftikhar Hussain, Director Startup Grind Lahore, powered by Google for Startups, conducted a session on how to ‘Prepare for your future career’ and identified the importance of will power towards doing any job. Mr Hussain said, “You only need a can-do attitude and it can lead you anywhere” He shared some success stories of the people he has worked with to further prove the need of a positive attitude. 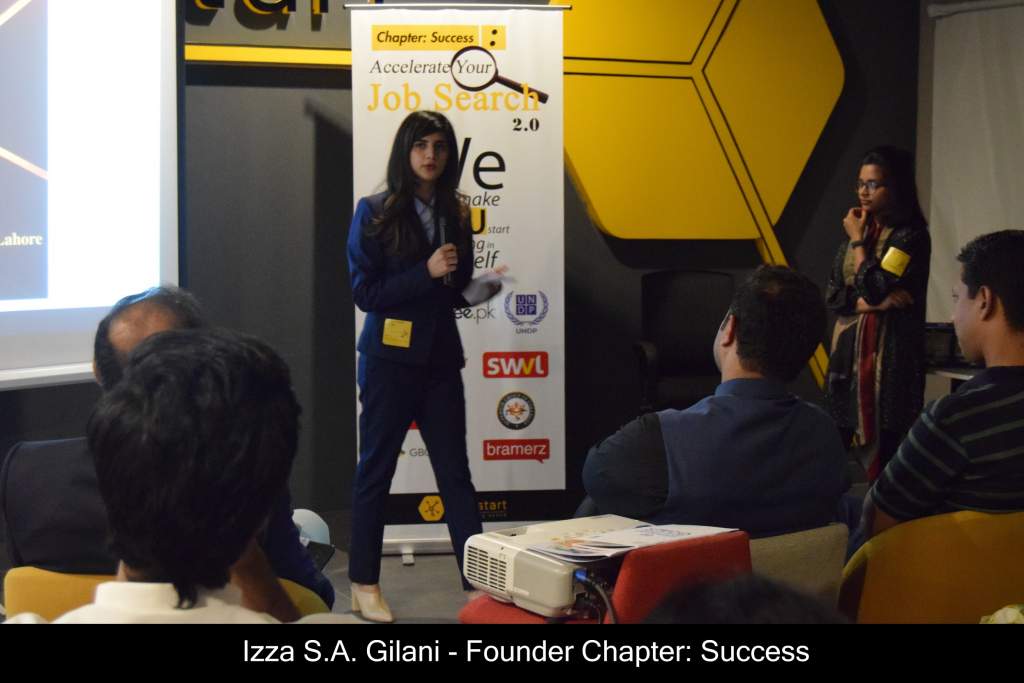 The workshop started with the opening keynote by the Founder of Chapter: Success, Mrs Izza S.A. Gilani. She primarily stressed the importance of networking and LinkedIn and how it has the ability to connect you with the most influential people not only in Pakistan but worldwide and how you can land your dream job by using the right tactics. 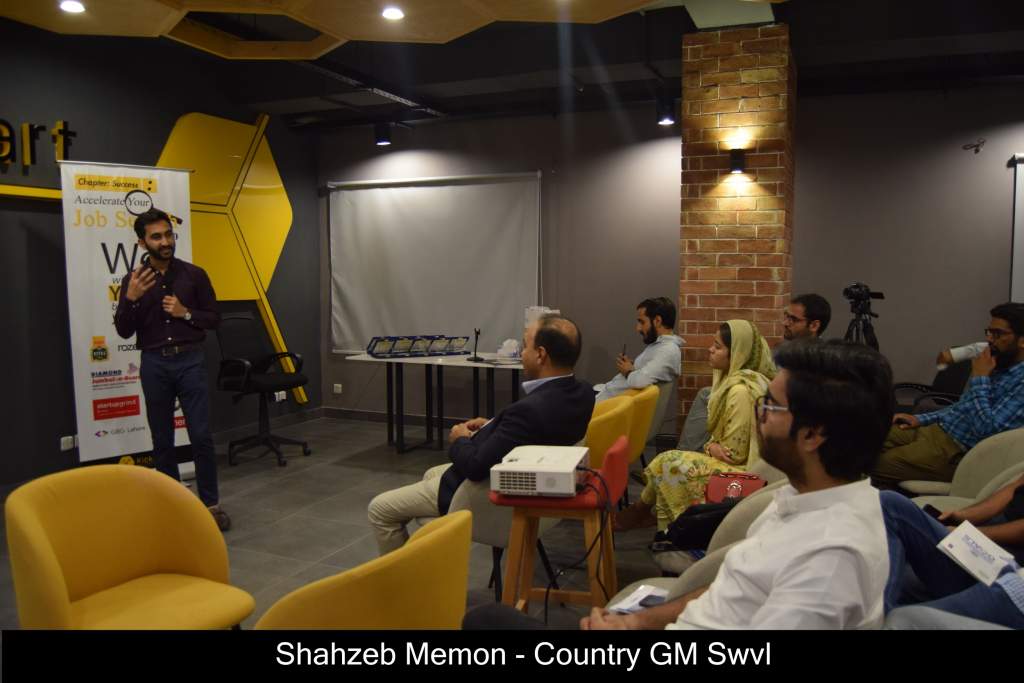 Shahzeb Memon- General manager Swvl, introducing SWVL, talked about how this Egyptian brand is making its place in the Pakistani market and helping the masses to cut down their travelling cost. 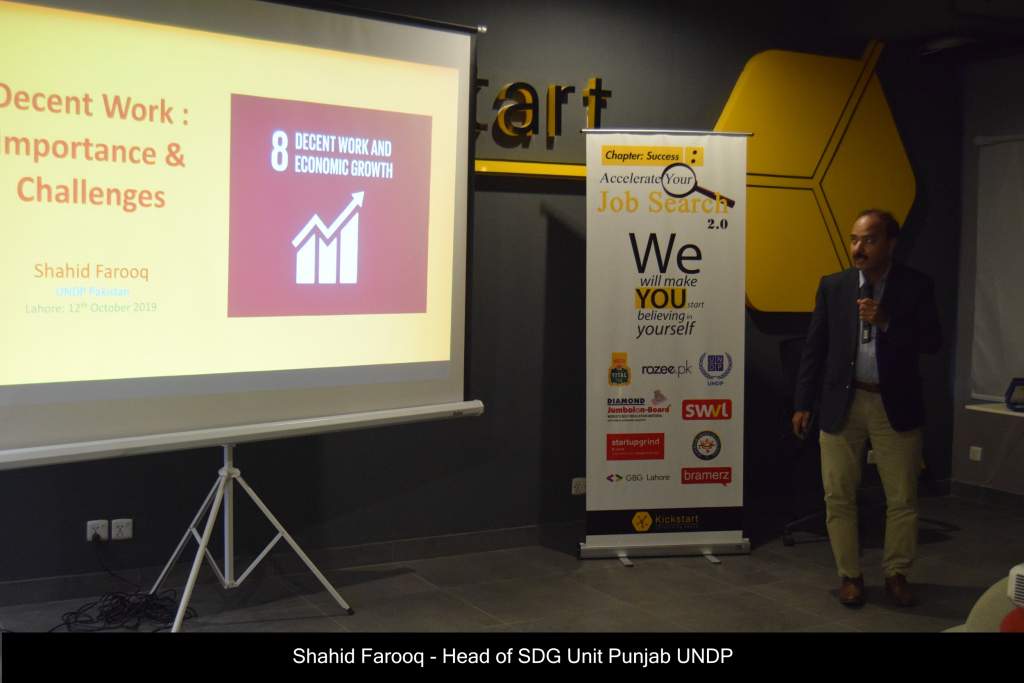 Shahid Farooq, Head of SDG unit, UNDP Lahore, explained the need for decent work opportunities as well as awareness sessions for proper economic growth and said that he was pleased to find an organization in Pakistan that is working on SDG goal 8. 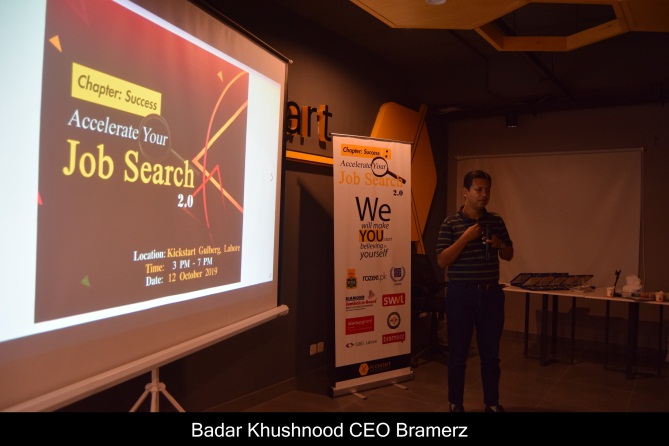 “If you put a Mercedes engine into a Suzuki it will not work, similarly you need to know your worth,” said Badar Khusnood talking about “How to market yourself”. He emphasized the requirement of personal branding as a keystone of a successful future.

Mr Khushnood ended his speech saying “Change is not death, fear of change is death so keep learning! Be ready to unlearn and relearn! 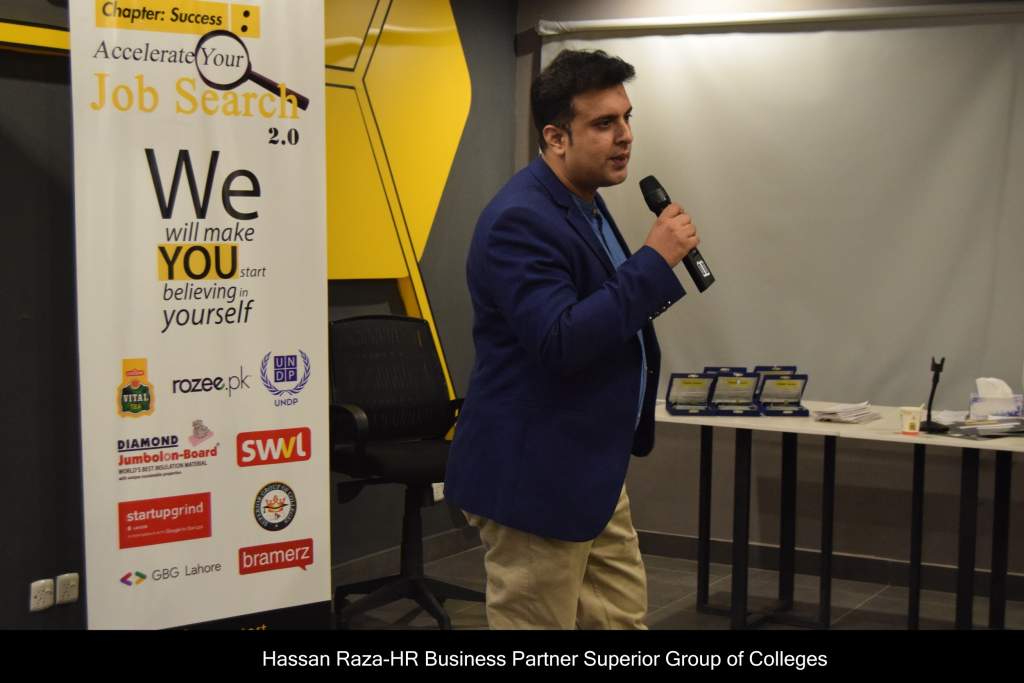 Hassan Raza, HR Business partner OD Superior Group of Colleges, conducted an interactive activity session on “Fear of not Getting Accepted” to make connections on the spot. He conducted the activity to point out the need to forget about the fears that we behold and trust ourselves. 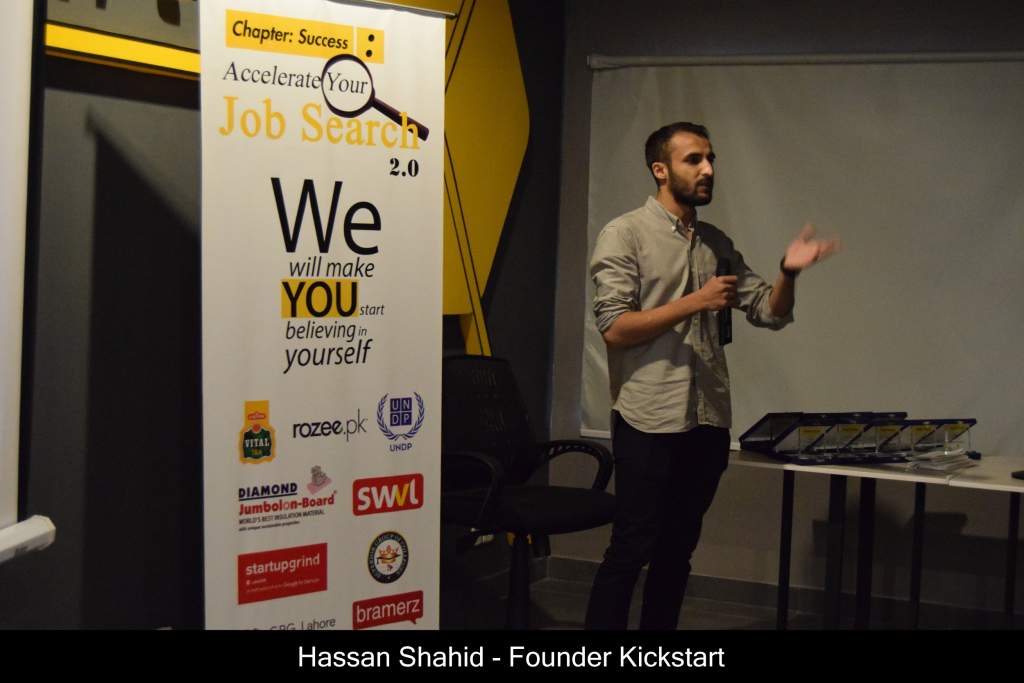 Hassan Shahid, Founder of Kickstart mentioned his journey about creating a co-working space and how it has helped many startups and freelancers to create an impact.

Monis Rehman, CEO of Rozee.pk explained five steps on “How to Get the Job”. Know yourself, Personal Branding, Job Search, Interview Preparation, Compare the offers. 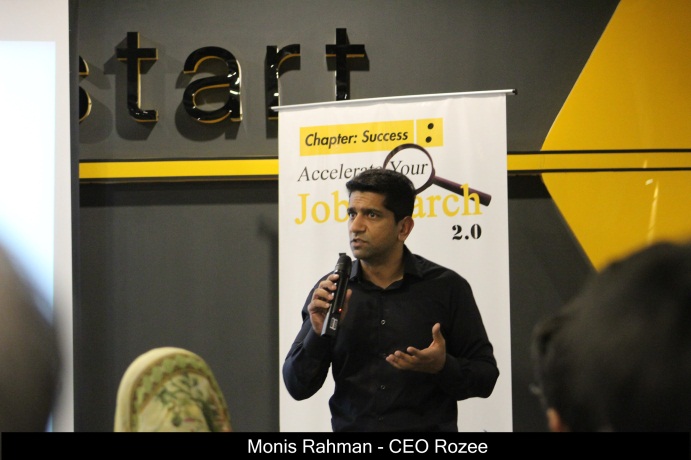 He also said, “You will fail, fail, and fail. But if you are not ready to fail, you won't be able to succeed as well”. 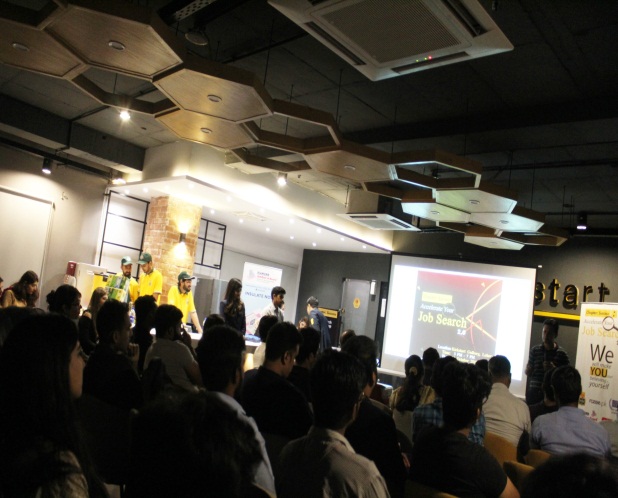 Towards the end, the event was a huge success, filled with inspiring conversations and interactive activities. It was followed by an awards ceremony where shields were presented to all the guest speakers.