Angry protests in Chunian over rape-murder of three minor boys 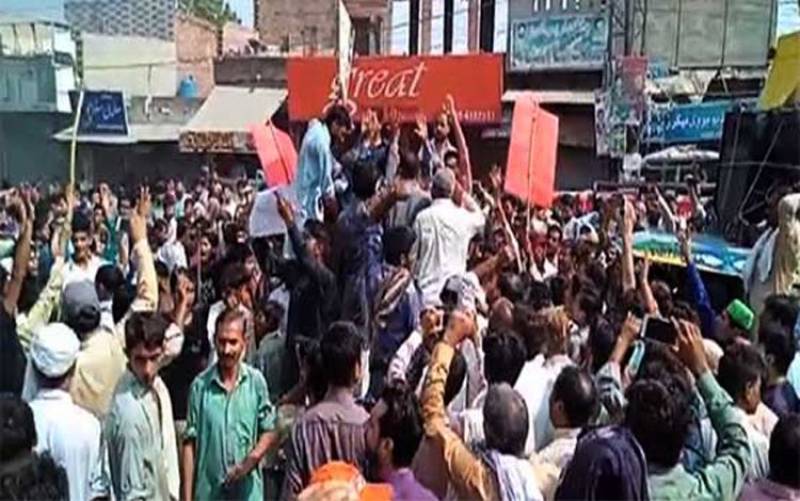 CHUNIAN – The kidnapping, rape and murder of three minor boys have triggered protests across the city where scores of protestors have pelted stones at the Chunian City Police Station in Kasur.

The enraged protesters chanted full-throat slogans against the Chunian police, for their failure to recover the missing minors and curb the incidents of kidnappings. The traders and businessmen of the region have called for a complete shutter-down strike and traffic on the main highway remained suspended for several as the family members and protestors burnt tires on the roads.

The furious protestors said that the strike and protest would continue till the arrest of the culprits involved in the heinous crime.

On the other hand, an autopsy report of eight-year-old Faizan has confirmed torture and rape before the boy was strangled to death.

The police have also found remains of three minor boys after being sexually assaulted in Punjab’s Kasur district and send them to a forensic lab for further probe.

Meanwhile, the police have arrested 12 suspects and shifted them to an undisclosed place in Kasur. The police have also collected evidence from the area as an investigation into their deaths went underway.

The Punjab Inspector General of Police (IGP) has also constituted a six-member committee to investigate the rising incidents of child abuse in recent years. The committee will submit the report within three days to the IGP.

Earlier, taking notice of the incident, Punjab Chief Minister Usman Buzdar has summoned a report in this regard.