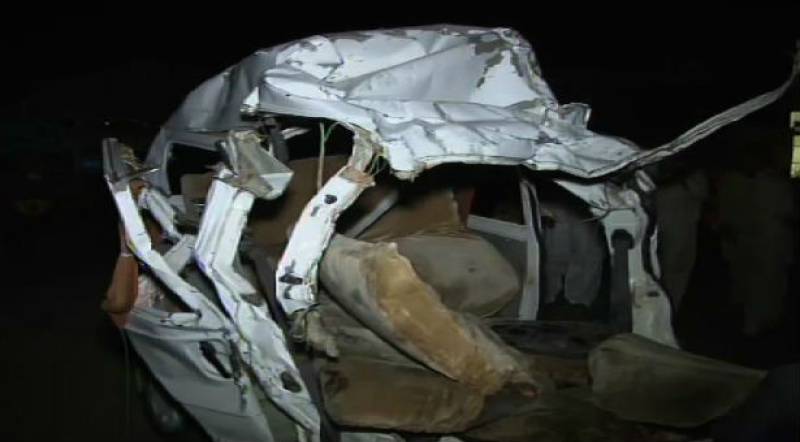 KARACHI (Web Desk) - At least nine people including women and children of a same family died in a road mishap in Baldia Town area of Karachi late on Sunday night.

According to details, six people died instantly while three others succumbed to their injuries on their way to hospital after a head-on collision between a van and dumper truck at Hum River Road.

Madina colony police have arrested dumber driver, said to be responsible of the incident.