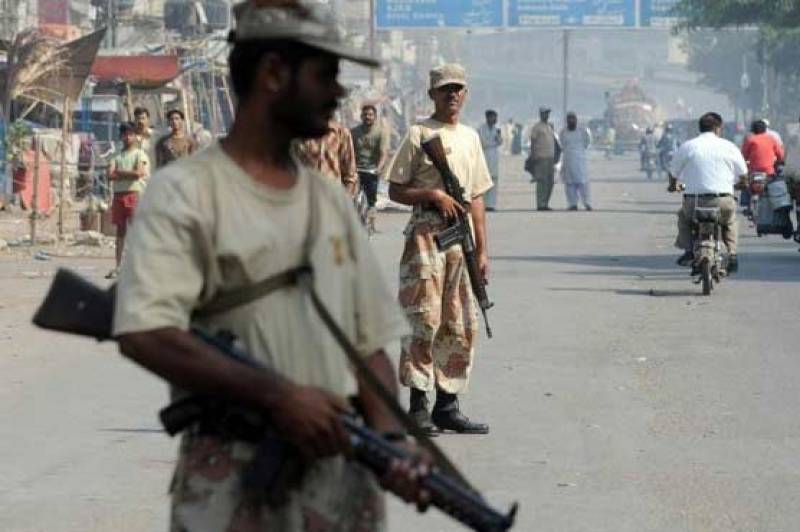 KARACHI (Web Desk): A gang war commander and four facilitators have been apprehended during a search operation by intelligence agencies in various areas of Karachi.

On tip-off, intelligence agencies conducted a raid in old Golimar area in Pak Colony and arrested a Gang war commander Riyasat Baloch along with his two accomplices. Intelligence agencies claimed to have recovered huge cache of weapons, ammunitions and drugs from suspects’ possession.

Gang war commander Riyasat Baloch was drug dealer and was operating a drug outlet in the area. Intelligence agencies claimed that more than 60 cases were registered against him, while the accused was involved in murder cases, attempt to murder, extortion and the target killing of police personnel in the area.

His three accomplices Sajid Baloch, Bhamil Changa and  Agha managed to escape from the scene during the operation.