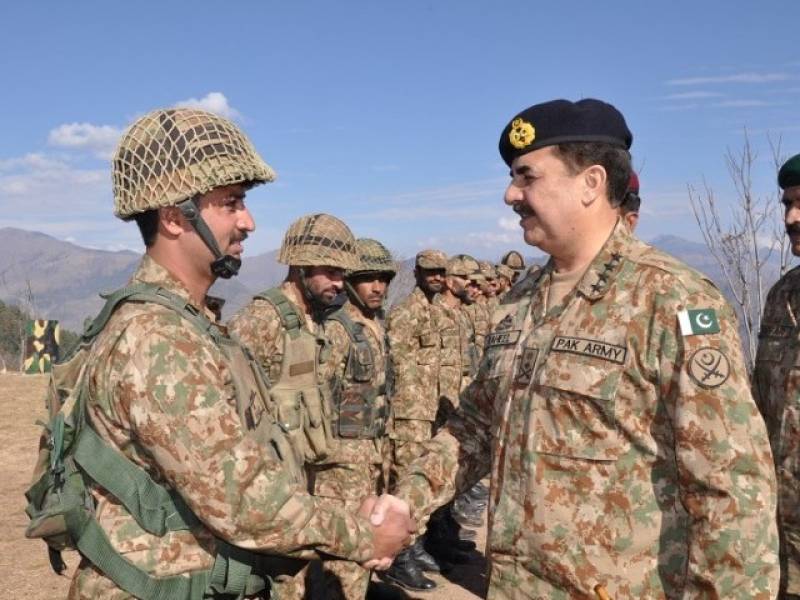 RAWALPINDI (Staff Report) - Chief of Army Staff General Raheel Sharif has directed to undertake immediate large scale combing operations to seek out terrorists, their sleeper cells and facilitators in areas other than FATA and enhance reach of the law enforcement agencies.

According to Inter-Services Public Relations (ISPR), he issued these directives during his visit to Shawal valley in North Waziristan.

The Army Chief reviewed progress of last phase of the operation and spent the whole day with troops.

He emphasised consolidating the gains and rehabilitation of Temporary Displaced Persons in their areas.

The Army Chief was briefed in detail by formation Commander about operational gains. He was apprised that since start of last phase in February this year, more than 800 square kilometres of area has been secured.