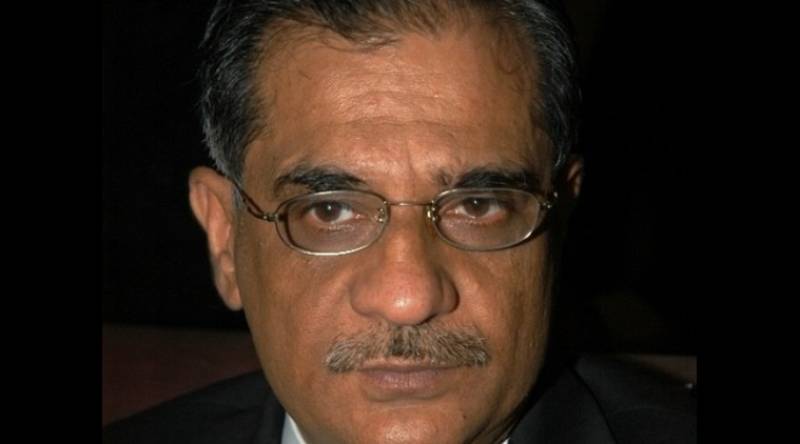 Addressing a ceremony in Peshawar on Wednesday, the top judge expressed that he was there to apologize to the Bar Council of Khyber Pakhtunkhwa if he had committed a mistake.

"Those who seek forgiveness with sincerity should be forgiven," said the chief justice.

The chief justice continued that he was ready to compensate for the mistake, adding that he was still ready to hold a full court reference for the apex court judge.

Mian Saqib Nisar asserted that he was still unsure about the reasons behind the denial of his former fellow judge regarding the full court reference.

'All the judges of the apex court had finalised preparations for extending a full court reference to the judge, but Dost Muhammad refused to attend the gathering' declared the Chief Justice.

It bears mentioning that in an unprecedented development, justice Dost Muhammad had declined to attend the reception of the Supreme Court as well as of bar associations on the eve of his retirement.

However, in a surprise move, Justice Dost Muhammad Khan refused to attend the gathering citing his personal family engagements.

The honourable judge did not attend any reception either from the Supreme Court Bar Association (SCBA) or the Pakistan Bar Council on the eve of his retirement.

Chief Justice of Pakistan also acknowledged that it was a gigantic task to reform the judiciary, saying, "I cannot fix the system alone".

Addressing judges and lawyers, the chief justice remarked that it was the duty of judges to dispense justice, adding that the judiciary must react to complaints that justice is being delayed across the country.

He appealed for equal contribution from bar members towards his struggle to reform the judiciary and dispense swift justice.

Chief Justice Nisar stated that fundamental changes are needed to fix the system, explaining that if judicial reforms are not on the state’s agenda then he was not responsible for it.

"The apex court is not responsible for amending laws of 1861 and 1872, as it is a duty of the legislature," clarified the top judge.