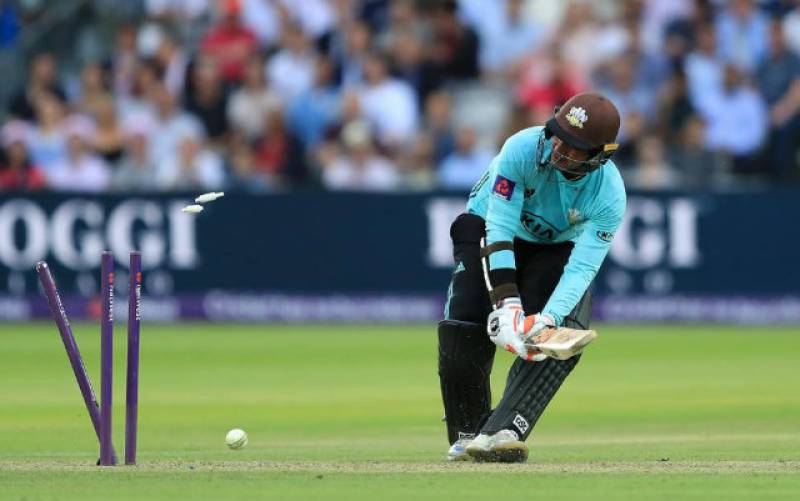 LONDON - The England and Wales Cricket Board (ECB) has announced plans for a shorter format where two teams will face 100 balls in an innings in the pursuit of younger, family-oriented audiences.

Till now, Twenty20 is the shortest official format, where each team plays 120 deliveries. However, the ECB now wants a new city-based competition, as per the proposal released on Thursday.

Under the proposals, unanimously backed by the ECB board, each side would face 15 six-ball overs, culminating in a final 10 deliveries - 20 balls shorter than traditional Twenty20 matches.

LAHORE - Sixteen member squad for Pakistan's tour of England and Ireland has been finalized on Sunday. Chief selector ...

"This is a fresh and exciting idea which will appeal to a younger audience and attract new fans to the game," said Tom Harrison, the ECB's Chief Executive Officer.

"Throughout its development, we have shown leadership, provided challenge and followed a process. We will continue to do that as the concept evolves. Our game has a history of innovation and we have a duty to look for future growth for the health and sustainability of the whole game," he was quoted as saying.

Southampton, Birmingham, Leeds, London, Manchester, Cardiff and Nottingham have been selected as venues for the tournament, with Lord’s and the Oval each playing host to a London-based team.

There are 18 First Class Counties, playing red and white ball cricket, at our core and these Counties and competitions will be supported, promoted and benefit from the game's growth.

The proposal, which is radical in nature is ECB's attempt to carve a niche for their marquee franchisee-based event, is different from popular T20 leagues like IPL or Big Bash.

Curtailing 20 balls per innings will ensure that the match is finished in a three-hour window.

However, the proposed 10-ball final over will require approval of game's custodian MCC as Law 17.1 currently states: "The ball shall be bowled from each end alternately in overs of 6 balls."