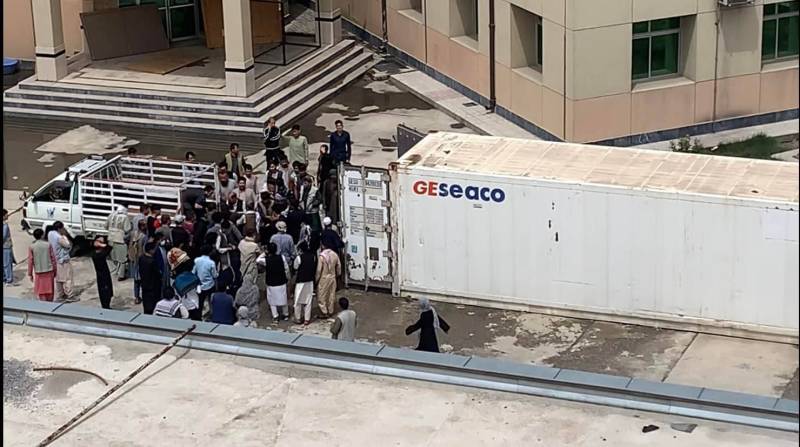 The Foreign Office said in a statement, the government extended deep sympathies to the families of those who lost their lives and wished for a swift recovery for the injured.

Two bomb blasts were reported in a Shia Hazara neighbourhood of the Afghan capital. In another incident, a nearby English language centre was targeted in a grenade attack.

“Pakistan strongly condemns terrorism in all its forms and manifestations and stands with Afghan brothers in this moment of sorrow,” the statement stated.

It is important that Afghanistan and the international community engage in close cooperation against the scourge of terrorism, it added.

The number of attacks in the country has significantly declined since the Taliban ousted the US-backed Afghan government in August, but the Islamic State group has claimed several attacks since then.

The statistic is higher than 10 or 20!
The bloody corpses of the people's children have been thrown in a container like garbage so that the families can identify and take them away. To cover up the crime, families and journalists are beaten and driven away.#Kabul pic.twitter.com/AOeKXQjP0n