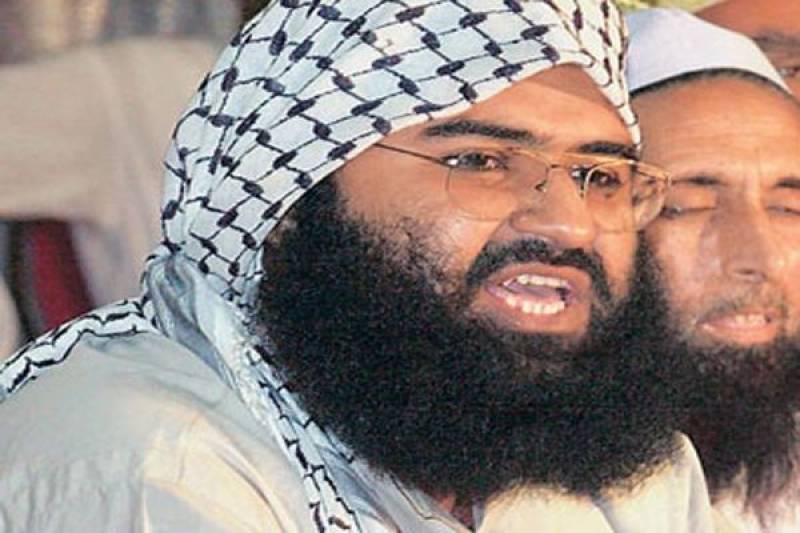 NEW DELHI -  India's top counter-terrorism agency on Monday charged Jaish-i-Mohammed (JeM) and its leader Masood Azhar with perpetrating an attack on the Pathankot air force base in January this year.

The National Investigation Agency (NIA) formally alleged that all the four armed men who barged into the air base on Jan 2 were Pakistani nationals and Masood Azhar was the mastermind behind all this.

"All the terrorists are accused of waging war against India. This was a criminal conspiracy to attack our security infrastructure," said a senior official at the NIA in New Delhi.

Investigators in New Delhi confirmed the charge-sheet and evidence would be presented to Pakistani authorities for stern action against the perpetrators of the attack.

'We want Pakistan to arrest Maulana Masood Azhar and he should be deported to India,' said a senior Indian home ministry official who is overseeing the investigation.

Along with Masood Azhar, Mufti Abdul Rauf Asghar, Shahid Latif and Kashif Jan have also been accused in the purview of Pathankot attack.

Seven soldiers were killed in the attack on the Indian air force base in Pathankot after a standoff that continued for a protract18-hour duration.

India blamed Pakistan for the deadly attack however, Pakistan gainsaid the allegations and dubbed Indian allegations as part of their quintessential post-attack mechanism.

It is worth mentioning that in July Director General of India's National Investigation Agency (NIA) Sharad Kumar confirmed that there was no evidence of Pakistan government's involvement in the Pathankot attack.

'Investigation so far does not point to any inside hand,' said the NIA chief when questioned by the host of any Pakistani government's involvement.

Pakistan proscribed JeM in 2002 during Musharraf stint, a year after it was blamed for an attack on the Indian parliament that worsened the relations between two nuclear-armed neighbours.

It also arrested the group´s leader in the wake of the 2008 Mumbai attacks, but he was later released.