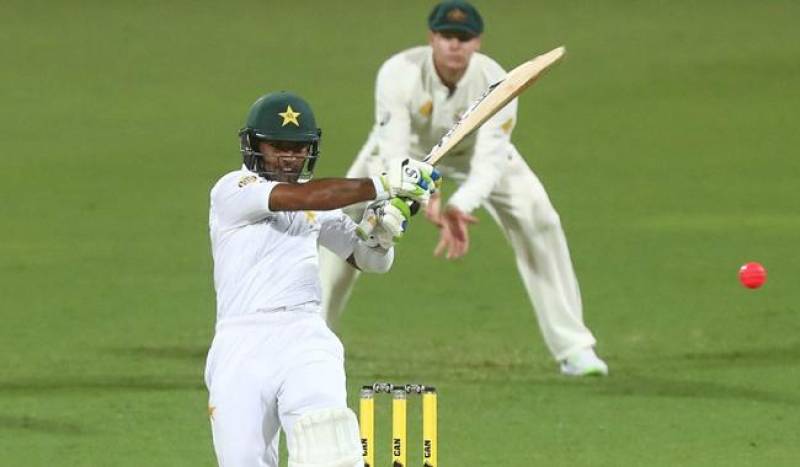 BRISBANE - Australia prevented a world-record, 490-run chase by Pakistan on Friday to win a gripping first Test by just 39 runs and preserve their 28-year unbeaten streak at Brisbane’s Gabba ground.

Relieved skipper Steve Smith ran out Yasir Shah for 33 to take the last wicket and end Pakistan’s brave attempt to reel in the mammoth target on the last day of the day-night Test.

Asad Shafiq's brilliant century was instrumental in helping Pakistan take the match to the final day, earning him the man of the match award. At the close of the fourth day, Pakistan required another 108 runs while Australia needed two wickets, but the persistence of the Pakistani batsmen brought Australia close to their wit's end. In the end, though, a Mitchell Starc short ball did Shafiq in when the visitors needed only 41 runs to steal the most fanciful of victories.

Wahab Riaz scored 30 while Yasir Shah set a total of 33 runs. Man of the match Asad Shafiq lost his wicket at 137 runs.

The highest winning run chase in the fourth innings at the Gabba stands at 236 for seven by Australia, a record Pakistan just fell short of by 39 runs.

Pakistan had been dismissed for 142 with Sarfraz Ahmed unbeaten on 59 to trail the home side by 489 on the first innings. Australia did not enforce the follow-on.

Sarfraz Ahmed remained 59 not out as Pakistan trailed Australia by 287 runs.

Australia did not enforce the follow-on and decided to bat again.

Pakistan made two changes to the side that lost to New Zealand in Hamilton last month with captain Misbah-Ul-Haq and leg-spinner Yasir Shah making a return.

Star Sports Select HD 2 will telecast live action for viewers in Pakistan, India, Sri Lanka and Bangladesh, while Channel Nine will broadcast in Australia, BT Sport in the UK and Willow Sports in the US.

Pakistan have won only four of their 32 Tests down under, losing all nine Tests following their last victory in Sydney in 1995.

Team Australia has taken full advantage of their home soil in the past, making some of their best records here. The team has also performed very well against South Africa in the last Test series. This means that they can be reasonably expected to give Pakistan a run for their money in the upcoming series.

On the other hand, the Green Shirts thrashed West Indies in UAE, but lost a test series against New Zealand.

Both the teams will be looking to score well in the first match, which will be notable for being the first day-night Test match played between the two countries.