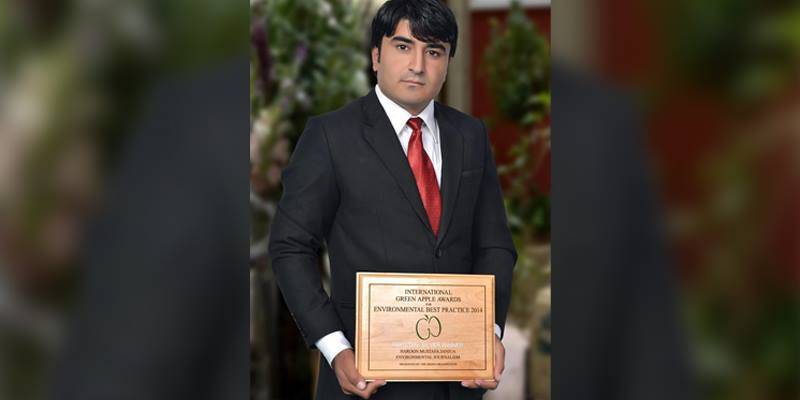 Haroon Janjua, an Islamabad-based journalist, along with 10 other International journalists, was named to participate in the prestigious programme that will be held in conjunction with IFAJ’s global congress near Pretoria, South Africa, in late March.

Mr Haroon Janjua’s work has been published in renowned international publications and numerous national newspapers and magazines including The Times London, The World Post, Refugees Deeply, Nikkei Asian Review, Los Angeles Times, Turkey Tribune, Dawn and The Nation among others.

He has won prestigious United Nations Correspondent Association Award in 2015 from New York, along with 2015 Global Media Award from Washington DC and IE Business School Prize from Spain in the same year, beside finalist for various other awards in 2014 and 2015.

“These 10 outstanding people have already demonstrated their skills as journalists, and they are poised to become leaders in the evolution of agricultural journalism guilds in the years to come,” says Owen Roberts, IFAJ president. “The Master Class program is a recognition of their accomplishments and an opportunity to engage in professional development, leadership training and global networking that will allow them to reach new heights.”

Roberts notes that the Master Class program includes participation in a two-day professional development workshop immediately prior to the IFAJ congress. The program, sponsored by DuPont Pioneer, a developer and supplier of plant genetics to farmers worldwide, emphasises reporting skills and leadership training. He also thanked the three IFAJ judges – Lena Johanssen, Per Henrik Hansen and Kingsley Kaswende – who had a tough challenge in finalising the selections from amongst the largest-ever group of Master Class applicants.

“As a global business, we are proud to provide continuing support to the IFAJ’s Master Class Program, which offers agricultural journalists worldwide professional development and knowledge-based skills,” said Tracy Willits, global communications director, DuPont Pioneer.  “Through the high-quality information and communications these journalists share, they can foster understanding that will yield significant benefits to farmers, consumers and others throughout the value chain.”