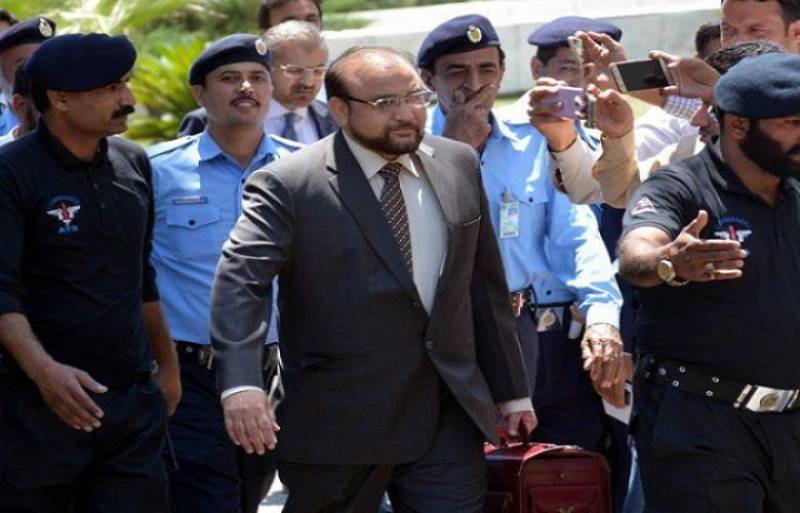 The court has directed the Panamagate JIT head to appear before the court on February 22 along with the original report of the case.

According to National Accountability Bureau (NAB), the original record of the JIT report is essential while the court will record statements of the witnesses.

Nawaz and his family face three corruption references related to the Azizia Steel Mills and Hill Metals Establishment, Avenfield properties, and over a dozen offshore companies, including Flagship Investment Ltd.

The references were filed by the NAB in the light of the Panama Papers case verdict by the Supreme Court in which former premier was disqualified for not being honest.

The Avenfield reference is about the Park Lane apartments (flats 16, 16-A, 17 and 17-A Avenfield House, Park Lane, London, United Kingdom), of the Sharif family. Nawaz, his three children, and son-in-law Capt (retd) Safdar have been made accused in the case.

Former premier's sons - Hasan and Hussain Nawaz - have been declared proclaimed offenders for not attending the court hearings.

On Jan 22, the NAB submitted a supplementary reference against the former prime minister and four others in the London properties case.

NAB informed Judge Mohammad Bashir that the new supplementary reference has been prepared after finding new evidence against Sharif family. It added that seven new prosecution witnesses, including two from the United Kingdom, will record their statements in the case.