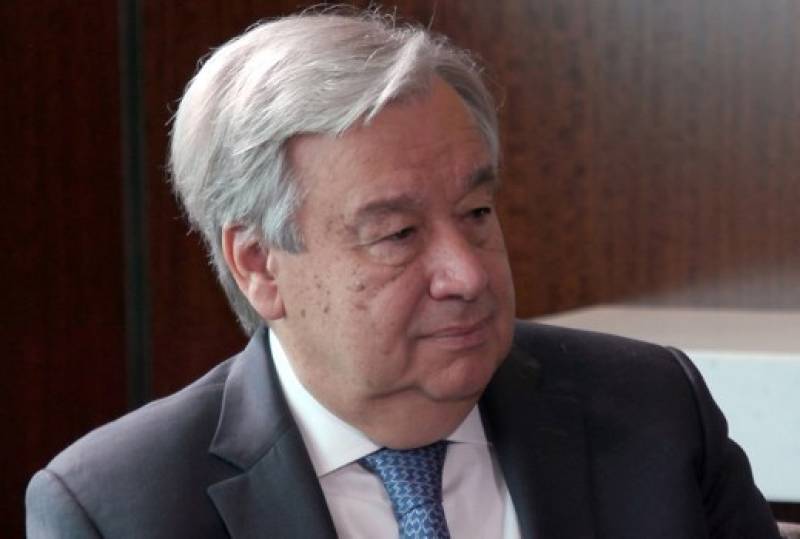 LAHORE - The United Nations Secretary-General Antonio Guterres has departs Pakistan after concluding a four-day visit to the country in the wee hours of Wednesday.

According to media details, Pakistan’s permanent representative at the United Nations Munir Akram see off Antonio Guterres at the airport.

During his four-day stay in Pakistan Antonio Guterres participated in the “International Conference on 40 Years of Hosting Afghan Refugees in Pakistan: A New Partnership for Solidarity” and delivered a keynote address.

He also administered polio drops to children at Kindergarten. Antonio Guterres was presented with an album containing pictures of his four day visit to Pakistan upon his return.