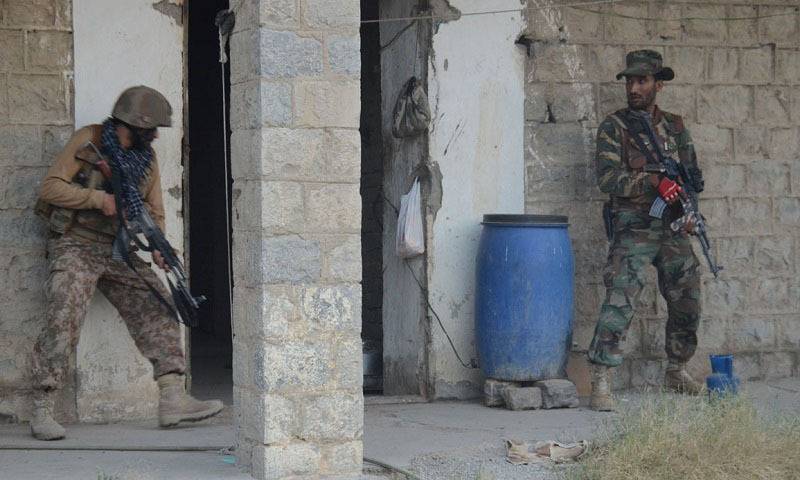 PESHAWAR – Two terrorists were killed in exchange of fire with security forces during an intelligence based operation in Thal, North Waziristan district of Khyber Pakhtunkhwa, the military's media wing said on Wednesday.

According to Inter Services Public Relations (ISPR), the terrorists were identified as Ghayoor and Bahauddin.

A large quantity of weapons and ammunition was also recovered from their possession, the ISPR added.

They were involved in terrorist activities against security forces, target killing and kidnapping for ransom.