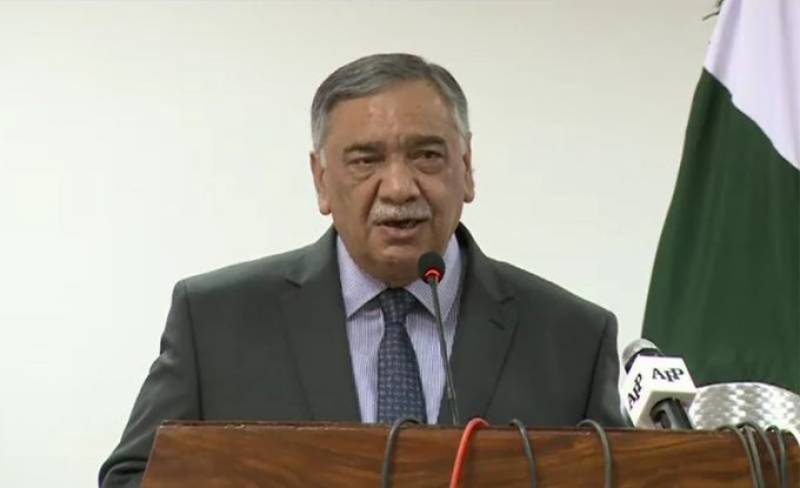 ISLAMABAD – Chief Justice of Pakistan Asif Saeed Khosa has said a total of 5.800 trials were decided through model courts in forty-eight working days.

He was addressing a session on orientation on expeditious justice initiative for judges of additional Model Criminal Trial Courts in Islamabad on Wednesday.

CJP Khosa said the basic objective behind establishing Model Courts is to provide inexpensive and expeditious justice to the masses. He announced to add one more judge to every district and within a few months there will model courts in the entire country.

The chief justice said that there will be no justice unless there will be a truthful evidence. He said any witness, who makes a false testimony will be rejected.

He said the idea of Model Courts was first started in four districts, which was further expanded to seven districts. He said six districts have zero pendency of murder and narcotics cases, while ten districts will be added next month. "We will expand this to other offences," he added.

The CJP said that national judicial policymaking committee is meeting next Monday and it is on agenda to now move to civil side. He said civil, family, rent, and magistrate model courts are being launched simultaneously.

He also announced to establish gender based violence courts and child courts. He said there will be at least one such court in any district to facilitate women, where they can go and speak tell their problems.

The CJP informed that courtroom has been specially designed, which will look like a home, where children can speak their heart without any fear.

Asif Saeed Khosa said that the Supreme Court of Pakistan is the first apex court in the entire world, which has started hearing cases online. He said a state of the art Research Center has been established at the Supreme Court, where five to six search engines will be installed to facilitate the legal fraternity and researchers.