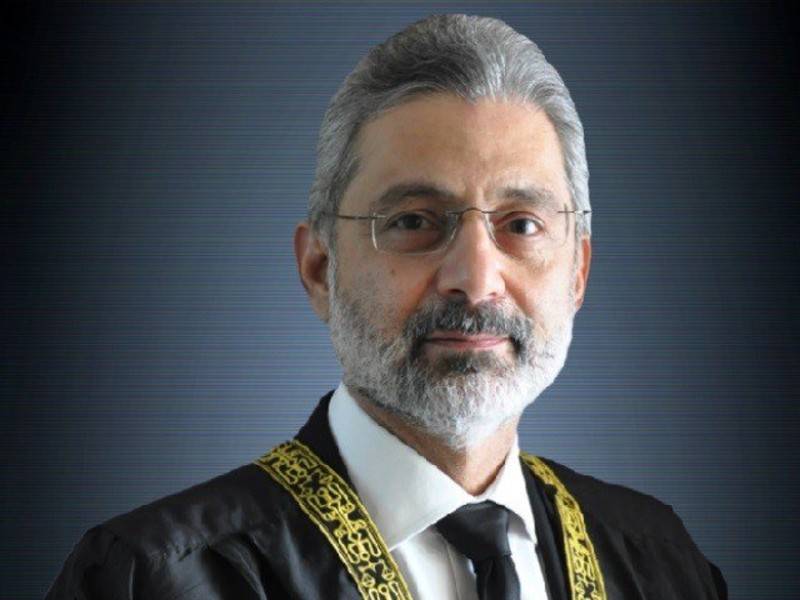 The top court also declared the show-cause notice null and void, issued to the judge by the Supreme Judicial Council.

The apex court reserved the verdict on the presidential reference against Justice Isa Friday. Justice Umar Ata Bandiyal announced it.

The court ordered the Inland Revenue commissioner to issue notices to Justice Isa’s wife, Sarina Isa, and children to verify the record of their properties. It asked the Federal Board of Revenue to decide on the matter and inform the court.

The SC said the Supreme Judicial Council can only take any action if required under the law. The court ordered the FBR chairperson to sign the report and submit it to the registrar in seven days.

The government, on June 2, 2019, confirmed that a presidential reference had been filed in the Supreme Judicial Council against the judge for owning foreign assets.

After this, Justice Isa challenged the reference in the top court. He asked that the reference should be quashed and PM’s Assets Recovery Unit be termed null and void. He even asked for action to be taken against Special Assistant on Accountability Shahzad Akbar.

Sarina Isa, the wife of Justice Isa, revealed on Thursday the details of her London properties to the Supreme Court while recording her statement via a video link. She even submitted her money trail, tax records, bank documents and property papers to the court.

Justice Isa, who is in line to become the chief justice of Pakistan, has accused in a petition the PTI government of spying on him to discover his family’s properties.