Hadiqa Kiani’s tribute to ‘Diriliş: Ertuğrul’ is the best thing on the internet today 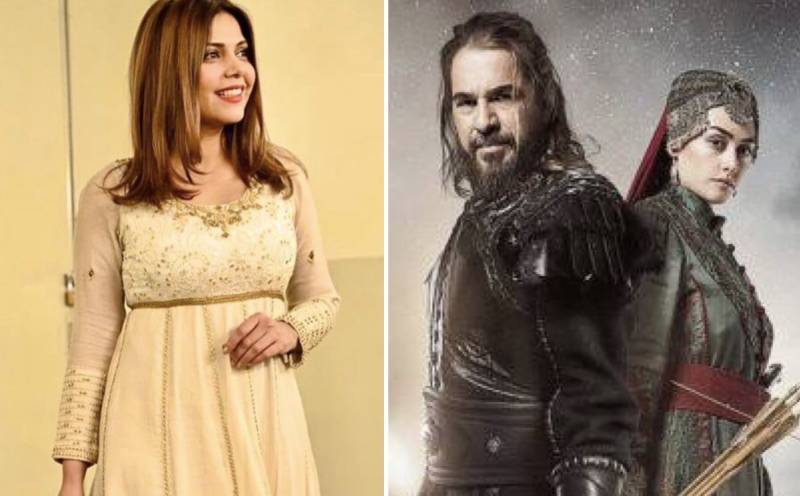 Popular Turkish drama, Diriliş: Ertuğrul, has been a major hit in Pakistan and seems like the hype surrounding the show isn’t dying anytime soon.

The cultural exchange among the two nations has always been cordial.

The cast has been overwhelmed by the loving response they received from the Pakistani audience. Many also expressed their desire to visit the country soon.

There have already been several tributes for Diriliş: Ertuğrul, but this one is something special on its own.

Singer Hadiqa Kiani has shared a rendition of one of the Turkish songs she had sung at an Opera house in 2005.

In 2005, I had the honor of singing the Turkish song #SenAğlama at the AKM Opera House. Today, I have remastered that song as a tribute to @TRTErtugrulPTV series, #SezenAksu & to the people of Turkey. May our love and bond be forever strong. 🇹🇷🇵🇰❤️ Stream: https://t.co/OT2vwrsTty

“In 2005, I had the honour of singing the Turkish song Sen Ağlama at the AKM Opera House,” she tweeted. “Today, I have remastered that song as a tribute to series Diriliş: Ertuğrul, Sezen Aksu and to the people of Turkey.”

She went on to add, “May our love and bond be forever strong.”