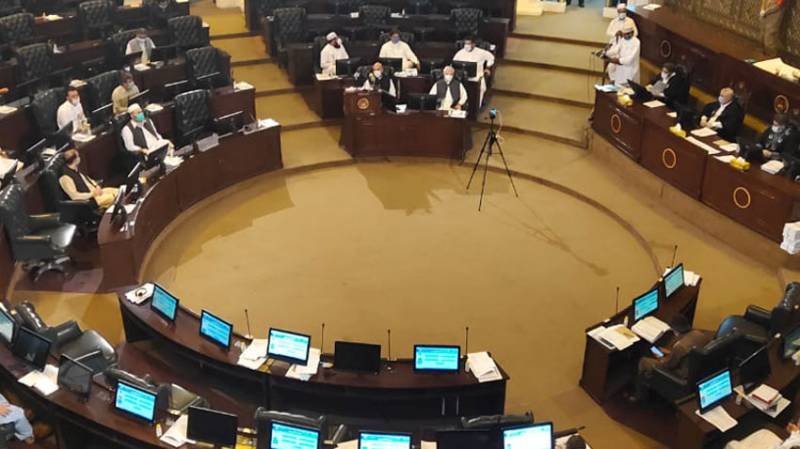 Presenting the budget in the Khyber Pakhtunkhwa Assembly in Peshawar on Friday afternoon, the Finance Minister Taimur Saleem Khan Jhagra said that no tax has been imposed in the budge.

Telling about the source, he said the province will receive about Rs 405 billion from the federal divisible pool.

He said the province will receive Rs161 billion rupees from federal government for development of merged tribal districts.

The Finance Minister said province will also get Rs48.6 billion rupees from the federal government for the war on terror.

He said Rs58.3 billion will be provided to province as net hydel profit while over Rs24 billion as a royalty of oil and gas from federal government.

Taimur Saleem Jhagra said twenty-four billion rupees have been set aside for the expected expenditure linked to COVID-19.

He said the government has allocated Rs152 billion for the promotion of education.

Rs 10 billion will be spent on provision of Sehat Insaf Cards to all the population of the province.

Finance Minister Jhagra in his budget speech said that hefty amount of Rs830million has been allocated for projects related to clean drinking water supply across the province.

The Khyber Pakhtunkhwa government has allocated Rs 2.915 billion for Sports, Tourism, Culture, Archaeology and Youth Affairs in the Annual Budget for the year 2020-21 and out of the total funds sports would get Rs. 1.58 billion.