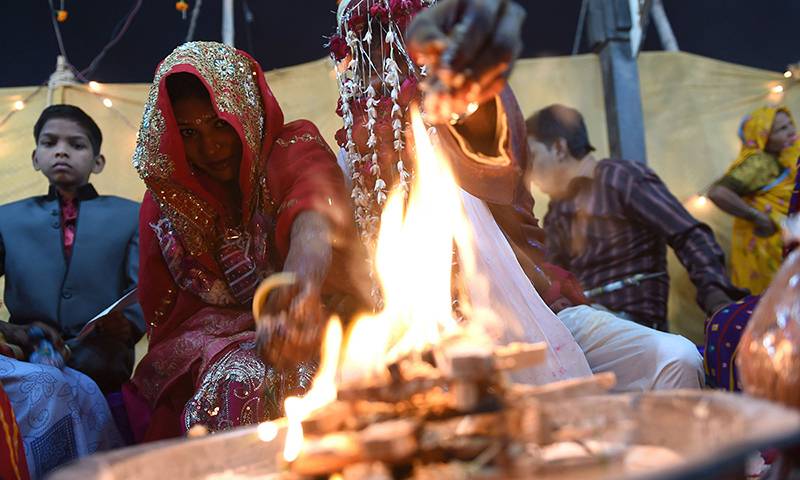 ISLAMABAD - President Mamnoon Hussain has promulgated the Hindu Marriage bill into law, Raio Pakistan reported on Sunday.
The bill was signed on the advice of prime minister. The bill after its assent will be enacted as law of the land aiming to protect the marriage, the family, the mother, and child and also to safeguard the legitimate rights and interests of Hindu families.

PM Nawaz said the government is focused on the provision of equal rights to minority communities residing in Pakistan. “They are as patriotic as any other community and, therefore, it is the responsibility of the state to provide equal protection to them,” he said.

The legislation prohibits the marriage of minors and prescribes a minimum age of 18-years for contracting marriage in addition to protecting the customs and customary rites of the Hindu community.

The government will appoint marriage registrars in areas convenient for Hindu population for registration of their marriages, Radio Pakistan's report added.

Moreover, this law also provides the right of separated person to marry again, entitlement of re-marriage by a Hindu widow at her own will and consent after stipulated time, legitimacy of child born out of void and voidable Hindu marriage.

The law also provides for punishments of imprisonment and fines up to one hundred thousand rupees or both for contraventions. All offences under this Law shall be non-cognizable and non-compoundable and shall be triable by court of magistrate first class.