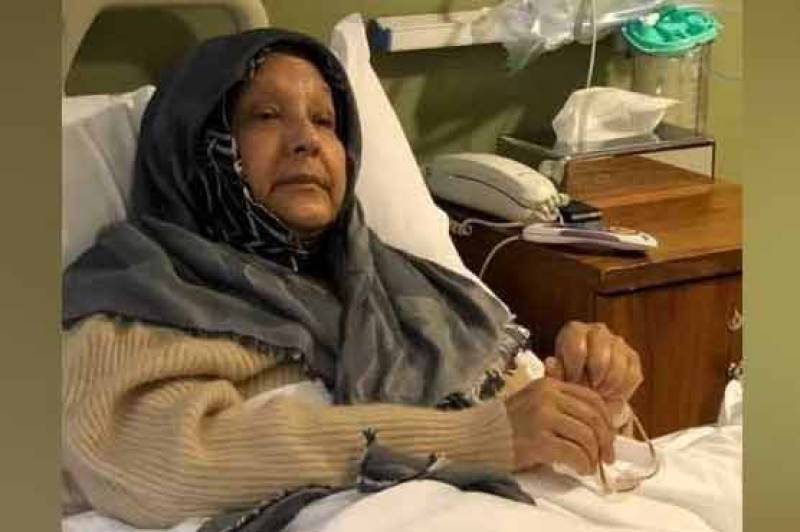 LONDON - Former Prime Minister Nawaz Sharif’s wife and member of National Assembly Kulsoom Nawaz, who is currently undergoing treatment for lymphoma, has been discharged from hospital after ten hours.

She was shifted to the Harley Street clinic in an emergency Sunday morning from Mayfair Apartments in London after her health worsened. Her sons, Hasan and Hussain Nawaz, had brought her to the hospital.

Kulsoom Nawaz was admitted to a London hospital late 2017 for treatment of lymph node cancer. She underwent multiple sessions of chemotherapy and was shifted to the family residence in posh Mayfair.

She visited a hospital for her routine checkup and was admitted there for deteriorating health. Reportedly, medics are to perform tests again before she can go home.

Kulsoom Nawaz was elected as the member of National Assembly (NA) in September after she won by-polls in NA-120 against Dr Yasmin Rashid of Pakistan Tehreek-e-Insaf (PTI) among other candidates.

She contested the by-election after her husband, former prime minister and ex-head of PML-N, Nawaz Sharif was disqualified as the premier on July 28, 2017 in a corruption probe.