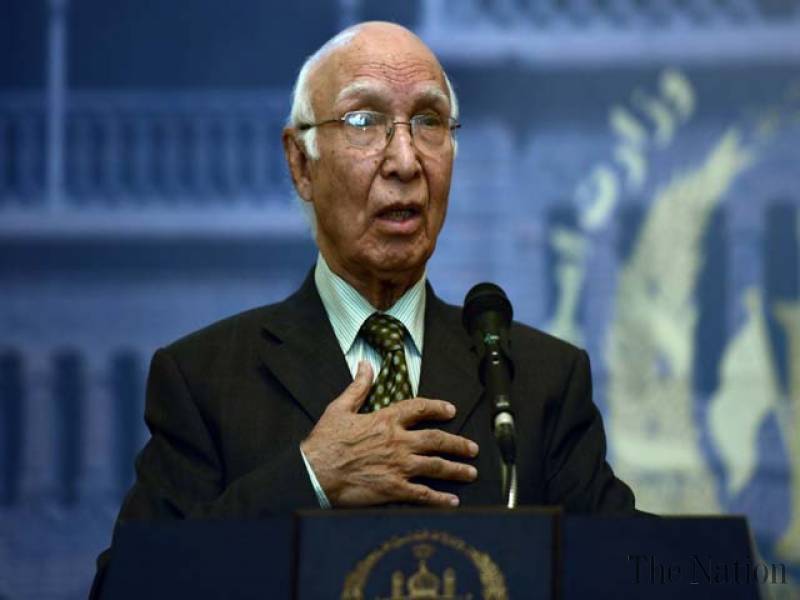 Sartaj on Thursday informed Senate that Pakistan is considering to move a resolution in United Nations, urging it to declare the Indian Ocean a "nuclear free zone" and vowed to raise the issue with all major powers bilaterally and multilaterally.

During his speech to the upper house, the adviser said that Pakistan is planning to highlight the dangerous implications of India's plans to nuclearise the Indian Ocean at all relevant international forums and a proposal is under consideration to move a resolution in the next session of UN General Assembly to declare the Indian Ocean a "nuclear free zone".