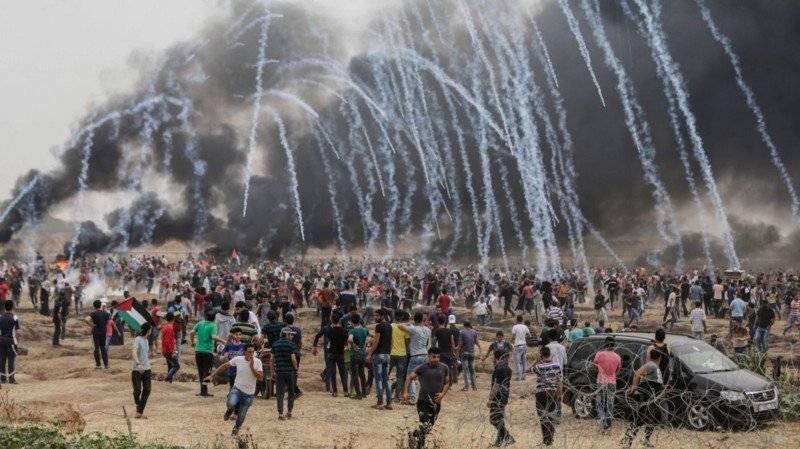 GAZA - Three Palestinians died Saturday of their wounds sustained during May 14 clashes with Israeli soldiers near the border, medics said, making the rallies' death toll increase to 118.

Ashraf al-Qedra, spokesman of Gaza health ministry, said around 12,000 were injured and some 50 are still in critical conditions.

The ministry said in a statement that 20-year-old Muhammad Elayyan succumbed to his wounds in the al-Quds Hospital. He was injured during Monday's protests, east of the al-Bureij refugee camp in the central Gaza Strip.

The second Palestinian was identified as Muin Abd al-Hamid al-Saie, 58, from the al-Shati refugee camp in northern Gaza. He died at al-Shifa hospital.

The Palestinian side accused Israel army in an official press statement of using ammunitions that are internationally forbidden.

ISTANBUL- Turkish President Tayyip Erdogan on Friday equated Israel's actions against the Palestinians in Gaza to those ...

The rallies, which started on March 30 in the Gaza Strip, are demanding the world's recognition of Palestinians' right of return and the lifting of a 11-year blockade on the Gaza Strip by Israel.

It (May 14) was the deadliest day in the besieged territory since the 2014 war. The UN on Friday voted to send a team of investigators to probe the deadly shootings, which took place as US delegates opened the new embassy in Jerusalem.