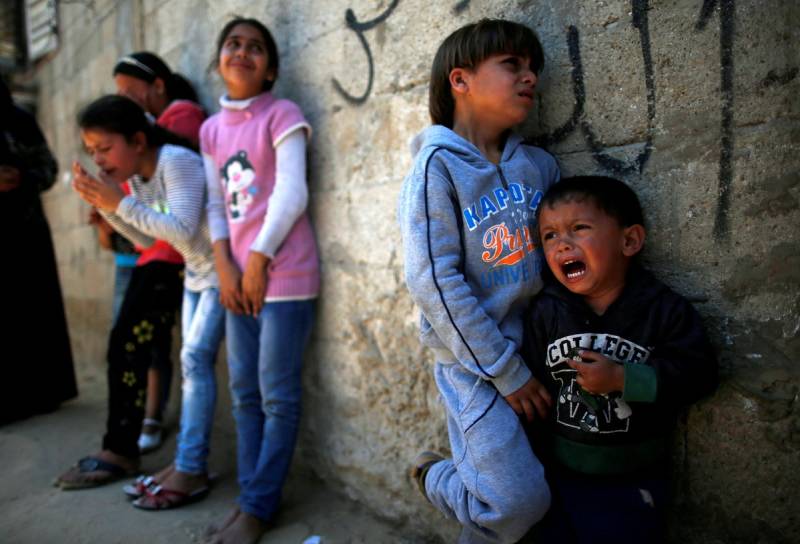 ISTANBUL - A summit in Istanbul of Muslim heads of state has called for the creation of an international peacekeeping force to protect the Palestinians, as host Turkish President Recep Tayyip Erdogan accused Israel of "brutality" comparable to the Nazis.

The 57-member Organisation of Islamic Cooperation (OIC) - seeking to bridge severe differences within the Muslim world - said in a final communique that Israel had carried out the "willful murder" of at least 61 Palestinians on the Gaza border on Monday.

Erdogan said the sending of such an "international peacekeeping force" was essential to help the Palestinians and stop the international community being a "spectator to massacres".

He compared such a force to the UN forces sent to deal with the aftermath of the Balkan wars in Bosnia and Kosovo.

The statement also angrily lashed out at the United States, saying that Washington was complicit in the "crimes" of Israel and "emboldened" its government by moving its embassy from Tel Aviv to Jerusalem.

'No difference with Nazis'

The summit had been called at a few days notice by Erdogan, who had earlier addressed thousands at an open air rally in Istanbul to express solidarity with the Palestinians.

Speaking at the opening of the summit, Erdogan compared Israel's actions against the Palestinians in Gaza to the Nazi persecution of the Jews in the Holocaust during the Second World War.

"There is no difference between the atrocity faced by the Jewish people in Europe 75 years ago and the brutality that our Gaza brothers are subjected to," he said, accusing Israel of using methods "similar to the Nazis".

Around six million Jews were killed by the Nazis in the Holocaust.

GAZA - Three Palestinians died Saturday of their wounds sustained during May 14 clashes with Israeli soldiers near the ...

Palestinian prime minister Rami Hamdallah - stepping in for president Mahmoud Abbas who this week had surgery on his ear - told the rally that the US was "trying to provoke a religious conflict in the region" by moving its embassy to Jerusalem.

This is the second emergency OIC meeting Erdogan has hosted in the space of half a year after the December 2017 summit, also in Istanbul, that denounced US President Donald Trump's decision to recognise Jerusalem as the capital of Israel.

Disputes between the OIC's key players - notably between Sunni Saudi Arabia and Shia Iran - always complicate the adoption of any measures going beyond harsh rhetoric.

Riyadh - which appears to have softened its stance on Israel as the influence of powerful Crown Prince Mohammed bin Salman has grown - and its allies fear alienating the United States with tough measures against Tel Aviv.