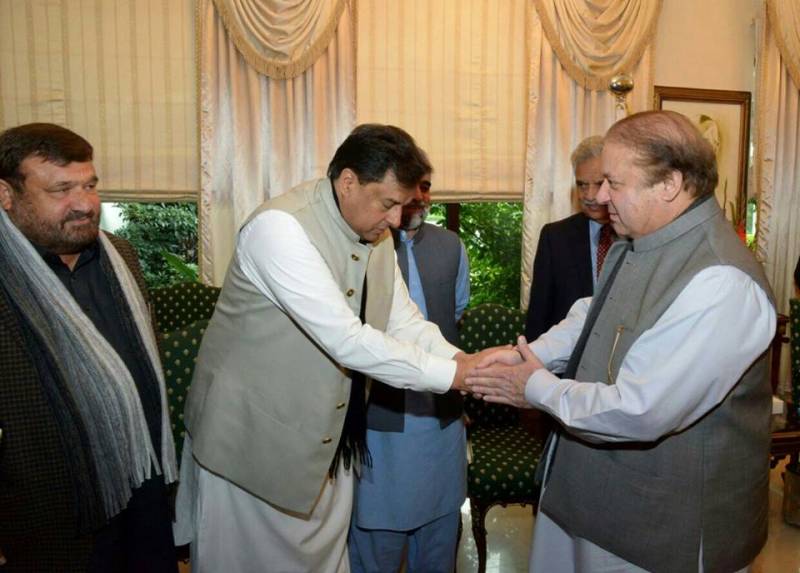 According to him, Mr Fawad was deciding about promotion of government officers of grade 20 and above on the basis of his own likes and dislikes.

'An individual is calling the shots and making promotions on the basis of his own desires' he said.

Mr Sharif’s son-in-law suggested that a parliamentary committee should be formed to deal with promotion of officers of grade 20 and above. He said the decisions should be taken on the basis of the officers’ performance and track record.

'The elected representatives can take better decisions about promotion of civil servants on the basis of their past performance because they serve in our constituencies as assistant commissioners and deputy commissioners' he said.

'All federal secretaries should attend sessions of the two houses of parliament so that they could learn about the people’s problems' he said adding that 'For God’s sake, make this mandatory for them as they have to run the government'.

“Fawad Hassan Fawad should sit in this house so that he could learn about the problems of the people,” he said.

Capt Safdar was of the opinion that most elected representatives knew about the activities of the bureaucrats alleging that the officials were running private offices.

'We know that most of the bureaucrats run their private offices in the evening and how they invest in the real estate sector,' he said.

The comments of Safdar were warmly welcomed by both sides of the aisle in the National Assembly who also expressed lack of confidence in the Prime Minister Office. They said that issues like promotion of bureaucrats should be dealt with by parliament and not by an individual.

Some other MNA's, including Ayaz Soomro and Naveed Qamar of the Pakistan Peoples Party, supported Mr Safdar’s views and called for amendments to the relevant law.