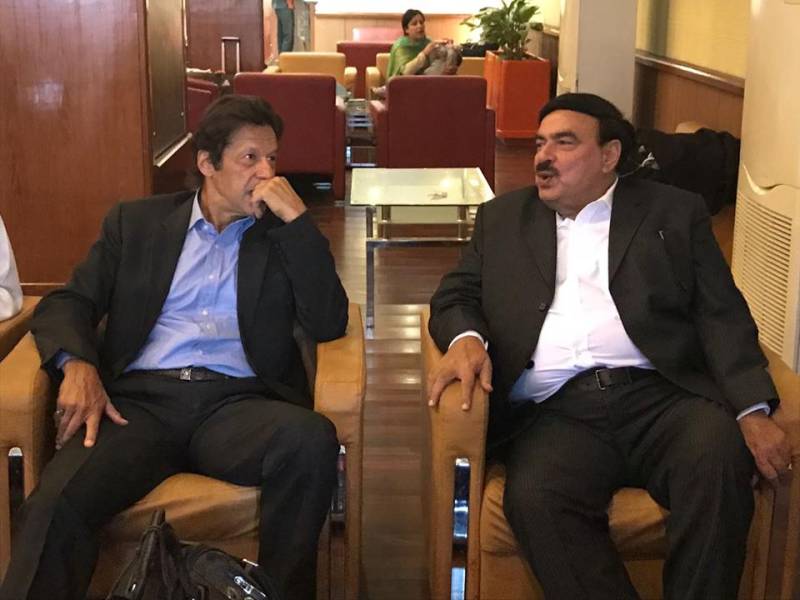 MANCHESTER - Chairman Pakistan Tehreek-e-Insaf Imran Khan has said that there was no 'London Plan' in the offing as he reached Manchester on Friday.

Imran Khan maintained that he came to see the children and would head back to Pakistan on Sunday.

Talking briefly to newsmen at the Manchester Airport, Khan said that he will accept the Supreme Court decision in Panama case and added that it was the first time in history that the country’s chief executive was present before the courts for his accountability.

He went on to clarify that the decision to appoint new counsel in place of Hamid Khan to represent PTI in the Panama case will be taken on his return to Pakistan.

Awami Muslim League chief Sheikh Rashid Ahmed and PTI leader Naeem-ul-Haq also reached Manchester on the same flight. Imran and Sheikh Rasheed also had a brief meeting at the airport prior to the departure of flight.